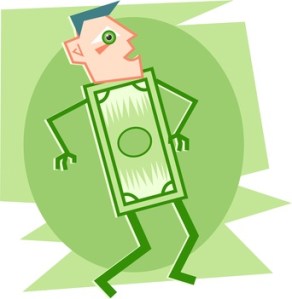 After having been a tech executive for many years, I needed to take a break, and I wanted to give back to society. Duke University engineering dean Kristina Johnson gave me a great spiel about how the school’s Masters of Engineering Management program churns out great engineers, and how engineers solve the world’s problems. She said that I could make a big impact by teaching engineering students about the real world and encouraging them to become entrepreneurs. I felt so excited that I joined the university without even asking for a proper salary. That was in 2005.

I was shocked—and upset—when the majority of my students became investment bankers or management consultants after they graduated.  Hardly any became engineers. Why would they, when they had huge student loans, and Goldman Sachs was offering them twice as much as engineering companies did?

So when the investment banks tanked in 2008, I cheered because engineering had become sexy again for engineering grads (read my BusinessWeek column).

But thanks to the hundred-billion-dollar taxpayer bailouts, investment banks recovered and went back to their old, greedy ways.  And they began offering even more money to engineering grads (and themselves).

Kauffman Foundation’s Paul Kedrosky and Dane Stangler have just published a report that analyses the damage this has done to our economy. 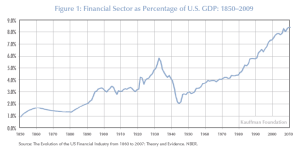 They note that the finance sector today produces a greater percentage of GDP than at any time in history. In the mid-nineteenth century, its contribution was between 1 percent and 2.5 percent of GDP. It peaked at around six percent of GDP at the beginning of the Great Depression, and then fell sharply. Since 1945 it has been steadily increasing, to 8.4 percent over the last two years.

Historians will tell you that empires collapse when they become too dependent on finance, but I’m not so pessimistic. I do, though, share the concern that Kedrosky and Stangler expressed in their paper:

Fewer people are being added to industry employment, but they are coming from new and narrower places. The financial services industry used to consider it a point of pride to hire hungry and eager young high school and college graduates, planning to train them on the job in sales, trading, research, and investment banking. While that practice continues, even if in smaller numbers, the difference now is that most of the industry’s profits come from the creation, sales, and trading of complex products, like the collateralized debt obligations (CDOs) that played a central role in the recent financial crisis. These new products require significant financial engineering, often entailing the recruitment of master’s- and doctoral-level new graduates of science, engineering, math, and physics programs. Their talents have made them well-suited to the design of these complex instruments, in return for which they often make starting salaries five times or more what their salaries would have been had they stayed in their own fields and pursued employment with more tangible societal benefits.

An analysis of MIT’s graduate-employment data shows that the financial sector increased its hiring from 18 percent of its graduates in 2003 to 25 percent in 2006. So not only are the investment banks siphoning off hundreds of billions of dollars from our economy with financial gimmicks like CDOs; they are using our best engineering graduates to help them do it. This is the talent that our country has invested so much resource in producing. 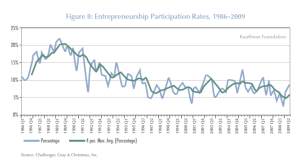 When most sectors of the economy grow, new companies are created. The authors found, however, that the finance sector is not driving firm formation; it is cannibalizing entrepreneurship in the U.S. economy by offering wage and skill premiums to individuals who might otherwise have started companies. It is also causing far greater volatility among publicly traded firms and a reduction in the quality of businesses started.

The report concludes that a shrinking finance sector will likely lead to a higher entrepreneurship rate and the creation of companies with greater social value, and still provide the financial intermediation services that are most important to young companies. So that’s what we need in order to save this empire: to tame this beast.

Paul Kedrosky says that the virus that infects scientists and engineers and causes them to go to Wall Street rather than create something of societal value is “economic Ebola”. He wants to be an “economic virus hunter”. Let’s all help him. Let’s save the world by keeping our engineers out of finance. We need them to, instead, develop new types of medical devices, renewable energy sources,and  ways for sustaining the environment and purifying water, and to start companies that help America keep its innovative edge.

Editor’s note: Vivek Wadhwa is an entrepreneur turned academic. He is a Visiting Scholar at UC-Berkeley, Senior Research Associate at Harvard Law School, Director of Research at the Center for Entrepreneurship and Research Commercialization at Duke University, and Distinguished Visiting Scholar at The Halle Institute for Global Learning at Emory University. You can follow him on Twitter at @vwadhwa and find his research at www.wadhwa.com.