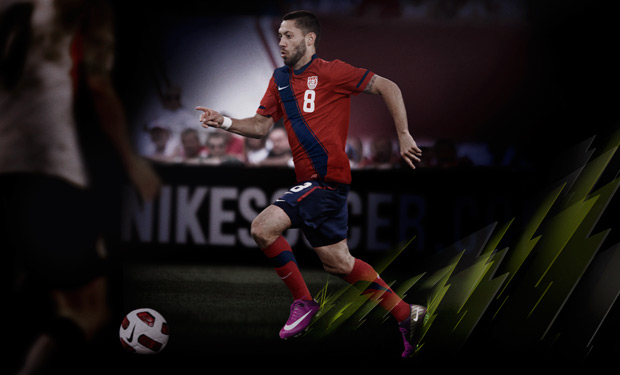 Team USA play Argentina tomorrow at the New Meadowlands Stadium in New Jersey, and while we’re all excited to see Messi & Co. pretty much run circles around the team, at least our boys will look good in the process. Nike continues to supply the United States Men’s National Team with its official kit, and once again there are a few improvements worth highlighting. So let’s do just that now.

First off, it’s red! Yes, Nike has finally produced a red kit, to go along its usual white (home) and blue (away) designs. That’s not really tech-y, no, but it’s probably the first thing you’ll notice. Nike says it created the red kit in response to fan demand: USA, home of the red, white, and blue, so where’s the red? Along those lines.

As for the exciting technology, you can partially thank Twitter for the design. Nike had enlisted the micro-blogging service to ask fans to submit a slogan that will be embroidered on the sleeve in time for the game. The campaign, called #REDALLOVER, ended Wednesday night, so if you didn’t already submit your hashtagged slogan, oh well. Maybe next time.

Of course, like all Nike kits, it’s made from environmentally friendly materials that the players can actually breathe in as they try to chase down Messi’s mazy runs.

Good luck with that, guys.