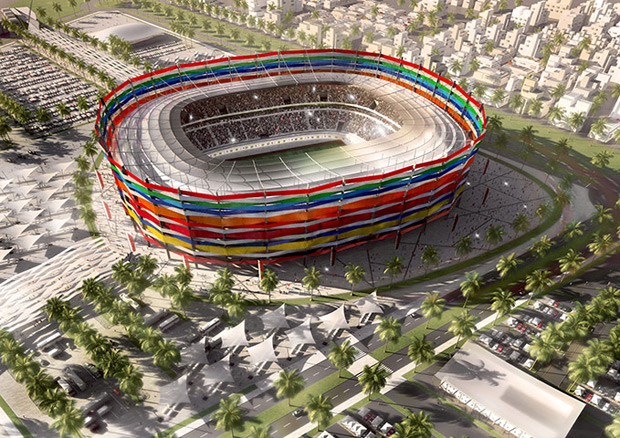 If nothing else, hosting the World Cup in Qatar in 2022 will provide more than a few stories like this one. The tournament’s organizers now say they have invented artificial clouds to hang over stadia and training grounds. The idea is to help block out the punishing sunshine that’s present there during the traditional World Cup months of June-July.

Of course, they could always move the tournament to, say, January, and you’d avoid the need for all this hi-tech wizardry, but then you’d have the various federations throwing a fit, forcing them to rearrange their domestic seasons.

Qatar has long promised to “air condition” tournament stadia using solar panels, but this is the first I’ve heard of this artificial cloud business.

Officials say each “cloud” will cost about $500,000 to deploy. Pretty inexpensive, in other words, particularly when you take into account how much money is swishing around Qatar these days.

The clouds themselves will be made of a “lightweight carbon structure carrying a giant envelope of material containing helium gas.”

It’s the stuff of science fiction. Michio Kaku would be proud.