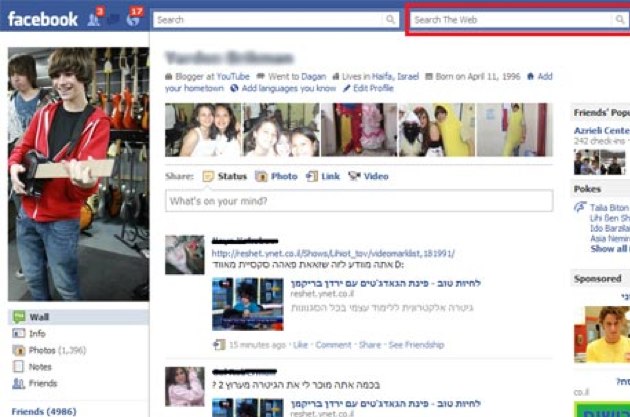 I can imagine this post, titled “Facebook Testing Web Search Box At Top Of Site” was flying around Google’s cubicles today. Probably with a few expletives attached as commentary.

This certainly wouldn’t be unprecedented. They targeted Microsoft years ago with their online Office competitor, and Microsoft fired back with Bing and seems to be quite willing to invest billions of dollars for as long as it takes to grab search share from Google. Now Google is targeting Facebook with their social efforts. There’s no reason at all why Facebook wouldn’t go into search. For us users, it’s all good. Competition brings better products to the market at lower prices. And Google needs more competition in search.

But…phew! The screenshot that All Facebook got is a fake, or the result of third party software messing with a user’s browser (my guess is photoshop is the culprit). So take it down to DEFCON 2, Google, Facebook isn’t launching search just yet.

But that doesn’t mean it isn’t coming. A deal with Microsoft Bing could bring in billions, if that absurd MySpace deal from a few years ago is any guide and Facebook doesn’t make the same monumentally stupid decision that Yahoo did to not demand guarantees. At the time MySpace had around 100 million user profiles. Facebook has many times that right now. And the combination of Bing search (or Google, for that matter) with Facebook’s social signals may make for quite a search engine someday. See my thoughts on that here.