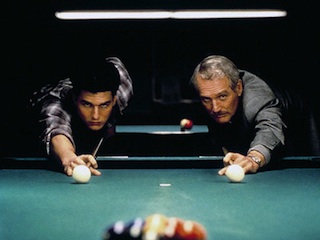 That’s the key slide in a faux-deck making the rounds this morning on the web. The subject of the ridicule? Color, the just-launched social sharing mobile app. Why such animosity towards a new player in a crowded space? Well, there are 41 million reasons.

The most fascinating aspect about Color right now isn’t the product at all, it’s the intense backlash occurring on Twitter and the tech blogosphere. And what’s fascinating about the backlash is that the vast majority of it also has nothing to do with the product itself. Instead, it’s about the $41 million in funding that Color raised pre-launch. (For some context, that’s more than the price Yahoo paid for Flickr in 2005.) The general tone of the backlash seems to range from the all-too-predictable “BUBBLE!” to the oddly spiteful “how dare they”. Again, fascinating.

But let’s take a step back for a moment.

Currently, everyone is trying to figure out why and how Color could raise so much money before they even launched. This morning, Business Insider suggested that it was simply one of the VC firms, Bain Capital, paying a crazy amount of money to get their name alongside Sequoia in the deal. Interesting theory. But completely bogus. The truth is that it is Sequoia that put in the vast majority of the money — $25 million of the $41 million to be exact (compared to Bain’s $9 million). Venture Capital Dispatch has the full details on the breakdown.

Also in that report is quite a bit of insight as to why the round ballooned to $41 million — and that’s exactly what happened, it ballooned. Color was all set to take $14 million, Ty McMahan reports. That’s still a ton of money for a service with zero users, but much more reasonable than the reverse of the number. But then Sequoia caught wind of what Color was doing and wanted in. And when Sequoia wants in, they tend to get in. And they apparently wanted in bad.

“They told us that every 10 years or so a company and a marketplace and an opportunity come together that’s transformative. They told us, ‘Not since Google have we seen this.’,” McMahan quotes Color co-founder Bill Nguyen as saying. Whether that sounds like total BS to you or not, Sequoia clearly put their money where their mouths are. They doubled the $12.5 million investment they made in Google.

So are they insane?

Well, they’re making a bet. It’s a very big bet, but it’s not as insane of a bet as it may seem on the surface.

Sequoia saw the product and talked to the founders about their vision for it. They also saw Nguyen, a founder who just about everyone you ask will tell you is a genius with excellent foresight. And they saw the rest of the founding team and the extended team, most of which are ex-Apple or ex-Google. As Mathew Ingram implies on GigaOm this morning, it’s very likely that the team alone is worth $41 million to a would-be acquirer (though the true valuation has to be north of $100 million now). Hell, Google offered to buy Path for over $100 million just a few months post-launch for that very reason.

But that’s just one standpoint, and undoubtedly not the exit Sequoia would be looking for here. Instead, they seem to see the concept and technology behind Color as the future of social networking. It’s the biggest step yet towards the next phase of the web, a location-based phase that creates implicit social graphs and blurs the line of online and offline.

On paper, Twitter, and blogs, that again may sound like total BS. A $41 million sham. But think about the larger concept for a second. It’s an idea that could add a truly new layer to the world — and augment reality in a meaningful way. Isn’t that an idea worth betting on? 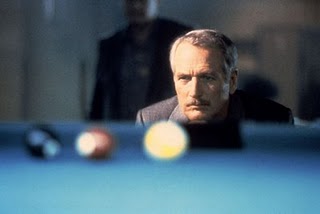 It may sound creepy now, or stupid. But remember, so did Twitter, Facebook, and just about every other big idea that has come around in the Internet age. A game-changing idea, by its nature, can’t be so obvious. Or else someone would have done it already.

Of course, that doesn’t mean Color will succeed. In fact, such big ideas are more prone to failure. But that’s also why the $41 million is so important. Most startups raise a small amount of money, enough to get off the ground, first. Then they go back for more. And then more. And so on — if they can. Sequoia just gave Color two years worth of time not to have to worry about that. They can simply focus on the product. Again, a bet, but a very entrepreneur-friendly concept (albeit one for a massive stake in the company). Two things seem certain: Color has at least two years to prove themselves and Sequoia felt like they were going to invest down the road anyway.

Scoble’s arguing that first impressions are all that matter and that they’ve already failed at that. But that’s myopic in the bigger picture concept. He’s talking about a first impression that a few thousand people saw yesterday and that a few thousand more will see today and so on. Color will not be a success without tens of millions of users. And the entire concept won’t be without hundreds of millions of users.

At the same time, Color does have a massive chicken-and-egg problem. It’s a service that is only useful when a lot of people around you are using it. If they’re not, it’s absolutely pointless (as I learned alongside most people last night). In that regard, I do agree that Color somewhat flubbed their launch opportunity — they really should have launched this thing at SXSW, it would have been so natural (instead I found myself using Beluga with friends for similar photo-sharing in packs).

But another Scoble point speaks to why it may not matter: the App Store. Getting featured on the App Store is vital for an app’s viral spread — much more so than being featured on any blog. If any app has the right connections to get App Store love, it’s Color. Again, not saying that will ultimately make it a success — the app still has to be good and the execution flawless here — but it’s why the first impression may not matter so much.

So is the appearance of Color and its massive funding proof of Bubble 2.0 or 3.0 or whatever bubble pundits have us in now? In some sense, maybe. But in the truly meaningful sense, no.

This is a company working on a big idea that got a large amount of funding to work on that big idea uninterrupted for a couple of years. Again, it’s a bet — and a big one — but all investments are. Sequoia has the money to make such a bet. And if it fails, it’s on them. Your parents are not going to lose their house because Color got $41 million in funding and blew it. Instead, if that happens, the Sequoia partners may lose a golf lesson. But probably not.

Having said that, there is something to be said for this putting pressure on both the startup community and the investor community. Prices are rising. Color can now afford many more top-tier developers than startup X can. That can be troubling and it will pressure others to raise more money too. The overall affect of that may well end up not being good for the ecosystem short term. But again, big picture. This will succeed or it will fail. And investments will adjust accordingly — in either direction.

But here’s the most disturbing thing about this story behind the story of Color: the underpinnings of much of the investment-related backlash seem to hinge on the hope that this will fail. Shouldn’t we be rooting for it to succeed? Ultimately, wouldn’t that be better for everyone across the board? The startups, the investors, and the users?

Of course. But these days everyone wants to be the first one to call a failure a failure. Why? Well, it’s a lot easier than predicting a winner.

The bottom line is that we’re not even one day into the story of Color. And $41 million doesn’t ultimately mean anything other than Sequoia is a believer. Big time.

The real story will be what magic Color can make with that money. It’s in the way that you use it.

More: The Color Of Envy And Rooting Against Goliath