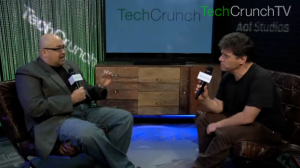 Nicholas Carr once argued that Google is making us stupid. Googlization of Everything author Siva Vaidhyanathan goes one step further than Carr. Google, Vaidhyanathan says, is like junk food. It indulges our need for speed and convenience and thus makes us fat and lazy. As ice cream rather than spinach, therefore, Google is bad for us.

The good Dr. Vaidhyanathan doesn’t tell us to quit our Google habits. But he does advise our to “be careful.” Google isn’t a force for the good, he tells us and thus we need to be wary about how we use the service and how much we trust it – especially given recent accusations of its biased results. Indeed, Vaidyanathan is himself so worried about Google that he calls for what he calls some “public infrastructure” to control its power.

This is the second part of a two part interview with Vaidhyanathan. Yesterday, the University of Virginia professor talked about his controversial new book The Googlization of Everything (And Why We Should Worry).

Why Google is making us lazy

Last word on Google: “Be careful”