As the battle for Silicon Valley engineering talent intensifies, it seems as if hot tech companies like Apple, Facebook, Google and Twitter have launched some sort of ridiculous competition as to who could can score the biggest Hollywood talent for an onsite appearance, in order to wow current and future employees.

Between Ashton Kutcher and Chamillionaire at Y Combinator Demo days and conferences, Silicon Valley isn’t lacking in star sightings. But if we’re keeping a tally, the most recent celebrity visits making waves were Snoop Dog at Twitter and Katy Perry at Facebook, both of which seemed like a stretch when considering either company’s goals.

If the metric is attention, I’m just going to say that Google has won the cultural relevance wars for the moment, bringing in super duper pop star Lady Gaga in to talk to super duper tech star Marissa Mayer for its “Musicians@Google” series.

Not only did Google prepare a special search-related intro for Gaga, and create a portrait based on the millions of  Gaga-related search terms, but the entire interview was shockingly relevant to Google’s core competency, namely YouTube and search.

A theme throughout the whole interview is that YouTube is a star maker, and that Google helps you unearth more information about your creative heroes once you know what you like. Mayer at some point plays a video from a YouTube star named Maria, a ten year old girl who achieved much notoriety covering Lady Gaga’s “Born This Way” on the service and eventually ended up performing the song live with Gaga at a concert in Toronto.

Mayer makes a big point, in true Google fashion, of emphasizing that Gaga is one of the most searched people in the world, a “search star” at 443 million hits for the term “Lady Gaga” on Google, 360 million views on Gaga’s “Bad Romance” YouTube video, 20 million singles downloaded on iTunes, 54K questions asked on Google Moderator and 250K votes on her YouTube Moderator questions in just 3 1/2 days.

The whole spectacle is pretty impressive, in terms of both production and entertainment value. Between Mayer keeping a straight face while pronouncing YouTube usernames like “GagaFame11” while facing Gaga’s bizarrely sunglassed visage, eventually revealing that she dressed as Gaga for Halloween, moderating an absurd Googler Lady Gaga costume contest and even partaking in an Oprah moment where she rewards the audience with Gaga tickets, “Google Goes Gaga” just might match The Social Network as one of the most watchable pieces of tech-related content ever produced.

Over the course of the interview we learn that Gaga was involved in a startup with her dad, is a fan of the “David at the Dentist” YouTube video, has a friend named Mary Hailey who works at Google, and that Googler Andrew Schulte wrote Gaga up for drinking in her room at NYU when he was an RA. But possibly the most bloggable (and poignant) pullquote of the whole thing:

“When I was in high school all my girlfriends wanted to get jobs here, and I wanted to be what they were searching for.”

Bet you Google gets at least two new engineers out of this one. 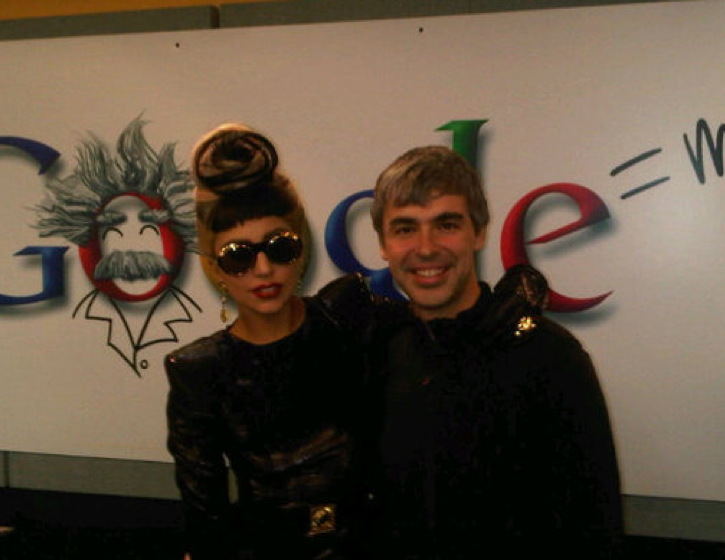 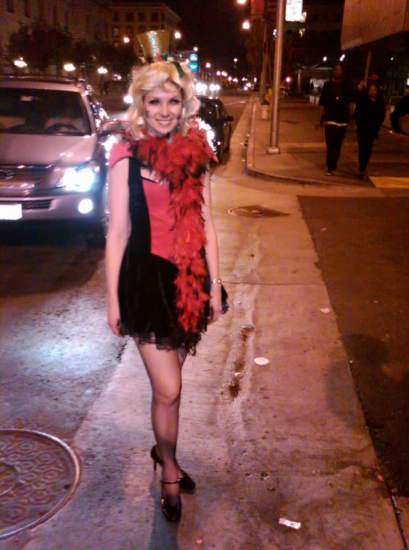