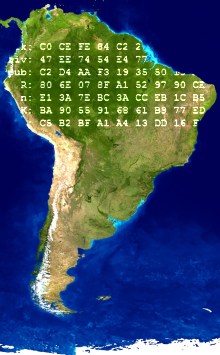 Update: meant to add this when I heard it yesterday: Geohot has communicated that he really is just on spring break, as was suggested.

It appears (according to court documents) that George Hotz, AKA Geohot, PS3 and iPhone hacker extraordinaire, has been hounded out of the country by Sony’s intense legal proceedings. Just a short while after a federal judge granted Sony unfettered access to Hotz’s IP logs and PayPal records (on a question of jurisdiction, I might add), Sony alleges that the kid has fled the country, heading for South America.

This comes on the heels of the latest document from Sony requesting trial in California, an obtusely reasoned exercise in legal sleight-of-hand, designed to browbeat Judge Spero into acquiescence. Hey, it worked for the last couple things they wanted. The latest letter to the judge describes how Hotz, despite denying it, did in fact create a PSN account. The evidence on that front is unassailable: he bought a new PS3 down the street and registered an account under his old forum handle, “blickmaniac.” Why he would lie about it is beyond me; I would have said that I agreed to the terms, and subsequently found the contract against my interests, and abandoned it — it seems that the penalty for breaking EULAs is more or less a loss of your “privilege” of running software covered by that license, and companies seem to choose not to enforce that.

It’s not said exactly that Hotz has gone to South America to escape trial, but that’s a pretty inescapable conclusion given the pressure on him right now. Somehow I doubt that was done on official legal advice. But perhaps he can lay low until this suit is successfully contested without his presence. Or maybe he’s just there for spring break?