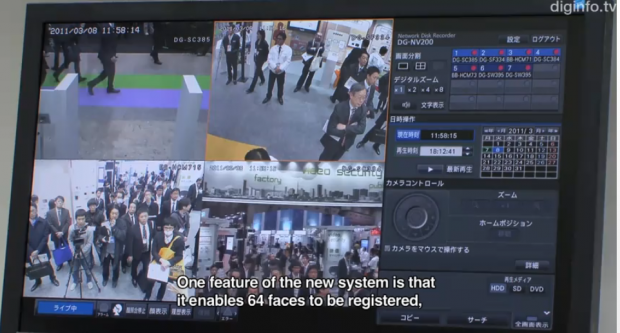 If you thought the face recognition technology from NEC we’ve shown you last year was impressive, think again: Panasonic is working on a system that can recognize 64 faces and compare 32 faces at the same time. The maker, Panasonic System Networks, says that’s up from only 8 faces the previous system (NV200) could register.

On top of it, the system can identify a given person’s age and gender and also count the number of people in the area filmed. Panasonic promises a reasonable price and says that owners of the NV200 can upgrade their network video recorder with a kit to enable the new features “in the near future”.

Now combine this tech with NEC’s solution and some of Panasonic’s earlier face recognition systems, and we’re in for a pretty scary future.

Our friends at Diginfonews Tokyo took the following video of Panasonic’s new system earlier this month in Tokyo (it’s in English):