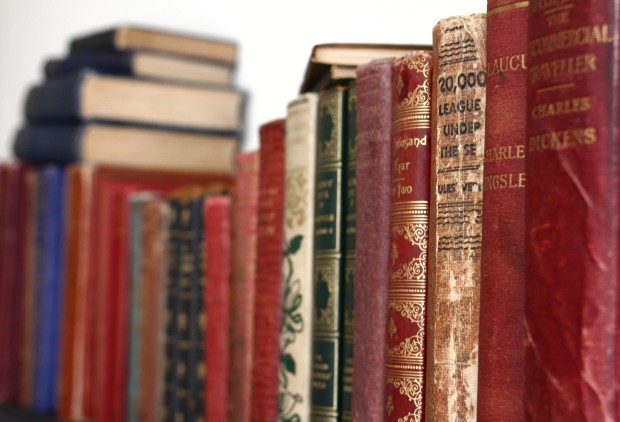 Federal Judge Denny Chin ruled against the proposed settlement between Google and written content creators, saying that the proposed $125 million agreement (in discussion since 2009) is over-broad, and takes too many liberties on the part of orphan works and other potentially disputable items. The agreement would have put millions of books, in and out of print, online, but Chin suggested that the nature of the agreement (opt-out rather than opt-in) was too permissive of Google’s “scan first, get permission later” approach, and that it essentially rewarded them for illegal behavior. Seems to me that rewarding illegal behavior is pretty common these days, but we’ll assume that Chin meant well here.

In the summary of his decision, Chin says:

While the digitization of books and the creation of a universal digital library would benefit many, the ASA would simply go too far… Indeed, the ASA [Amended Settlement Agreement] would give Google a significant advantage over competitors, rewarding it for engaging in wholesale copying of copyrighted works without permission, while releasing claims well beyond those presented in the case.

I think it’s fair to say that while the agreement is headed in the right direction, it also has an air of frontier justice to it. Google has set itself up to be the only reasonable partner, and the only real provider of this information, making them the de facto default for online distribution (Bezos considered this an issue right away). Legitimizing the legal grey area Google’s work exists in seems like a dubious precedent.

Amazon and Microsoft pointed out (as noted in the Judge’s objections) that by approving the agreement, he may effecting a mass-transfer of copyrights without the consent of the rightsholders, and against the laws restricting such far-reaching copyright actions to Congress. It’s certainly arguable that an agreement such as this one, regardless of how sober it appears to be today, is as likely as not to appear incredibly shortsighted when any serious reworking of copyright law (in light of services like Google Books) takes effect. In some cases judicial activism” might be welcome, but I think I understand his unwillingness to take this chance when the affected parties worldwide number in the millions.

Switching from an opt-out to an opt-in model seems to be the magic bullet here. Unfortunately, that complicates things for Google. Well, the other way around complicates things for concerned rights-holders. As the primary force behind this action, it behooves Google to assume whatever level of responsibility is necessary to make it work. Will they do so? The clock is ticking, and their advantage in having preemptively scanned all those books (in good faith, but still outside the law) is dwindling.

Here’s the full ruling, for your perusal:

I’m glad that Chin is careful to state that he is cognizant of the potential benefits of such a system, but objects on ethical and technical grounds. Different from some judges we’ve seen. We’ll continue coverage as soon as Google or the other parties involved have an official response other than disappointment.