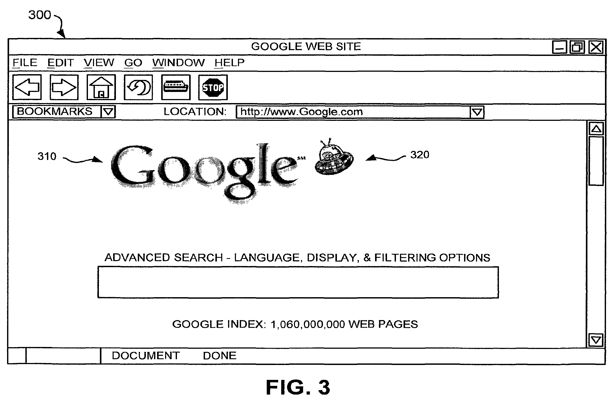 I guess the USPTO felt they were leaving Google out of the game, what with Apple suing over the phrase “App Store,” Microsoft suing for showing the status of a download, and Paul Allen suing for everything else. So they went ahead and granted Google’s request to patent the Google Doodle.

Yes, that’s right: among other things, they are claiming the method of creating a special logo and then providing special results if you click that logo. In their defense, the patent was filed for in 2001. Of course, that’s not much of a defense. 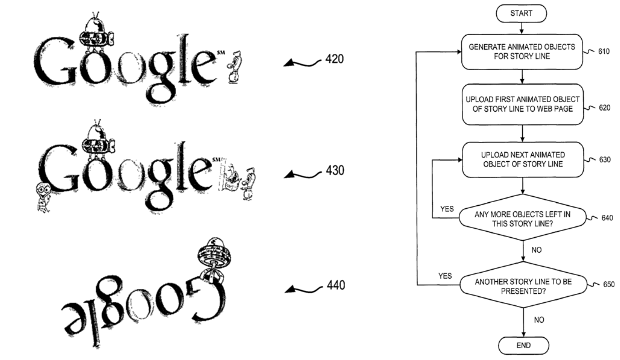 I think we can all find plenty of examples going back more than 10 years of this exact sort of thing. And really, isn’t it just an online analog to, say, putting up a sign on the store that says “Spring Sale, 50% Off” – and then having the spring collection just inside the door? A little digging would surely turn up similar ideas to the storytelling thing. I’ve seen countless promotions like that. If Google has invented something new, this patent doesn’t seem to drill down quite far enough to include only that.

There really isn’t too much more to say, other than the usual deploring of the state of the patent system, which proves itself over and over to be completely inadequate and inappropriate for handling today’s intellectual property. Yet the necessity of such a system (in one form or another) and the enormous backlog of data associated with it are poisonous to attempts at modification. It’ll likely take billions of dollars and a visionary “Cyber Czar” to make it happen, though of course I’m sure we all have simple and effective solutions that fit on bar napkins.

Modernizing our patent system isn’t something we can take lightly, and the transition will be weird and difficult. But it’s got to be better than this. I mean really, Google. A method for enticing users?

[via H Open and TechDirt]