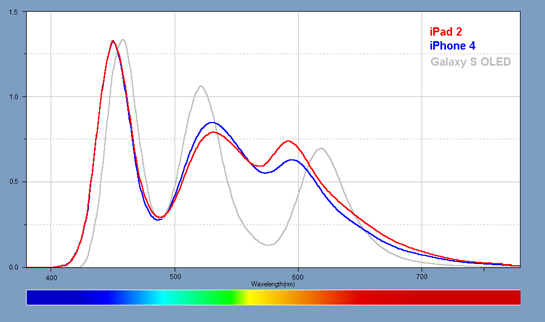 A serious breakdown of the iPad 2’s screen has been done by Displaymate, and the conclusions are… not too surprising. It’s an excellent IPS-LCD screen, not a cut-rate one picked to save money, and its performance is, resolution aside, about the same as an iPhone 4’s.

The screen is mostly identical to the iPad, it looks like. Some of the main points:

All in all, it’s fair to call it a very nice little screen. Personally I like the sound of the Galaxy Tab 8.9’s 1280×800 screen, but whether it’s of the same quality, nobody can say right now.

Check out the rest of the analysis here.