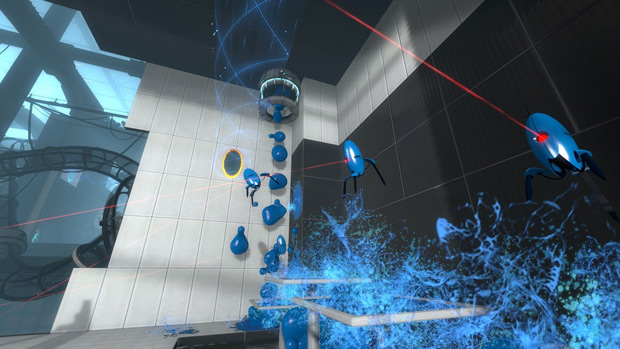 It’s as if Valve is run by actual people, and not input-output robots that are programmed to respond with shiny phrases that sound pleasing to The Man. The company recently released its Portal 2 TV spot, and the novel thing about it is that it was created entirely in-house. Valve didn’t enlist a third-party ad agency to create it. And why is that? Because “no one knows the product better than the folks who made it.” Crazy, I know.

Valve told MCV that its meetings with ad agencies in the past didn’t exactly turn out well. They’d have a meeting, and would be annoyed at what the agency would come up with, calling the resulting spots “copycats” and “cliché.” It’s as if, Valve says, the ad agency wasn’t listening to the company’s ideas whatsoever.

Let that be a lesson to those of you in the ad business: listen to your clients, and don’t think a thesaurus filled with fancy words will impress everyone.

It took Valve eight weeks to create the ad.

And let’s not forget (as if you could): the game comes out in April.