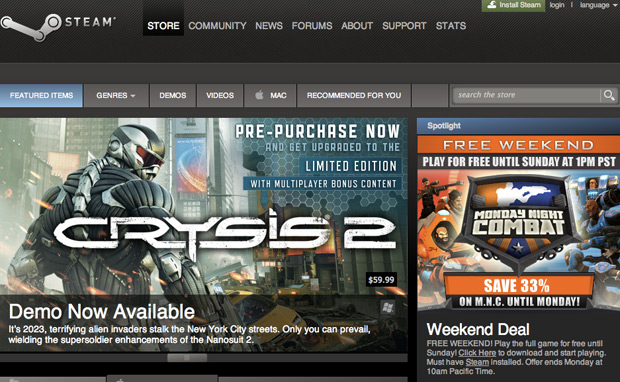 The NPD Group, the organization that tracks sales data for the video game industry in North America, says that it plans to track digital sales data in the future. It’s a pretty big deal because, up until now, NPD has only tracked physical, retail sales. If you buy a brand new copy of Madden or Dragon Quest from Best Buy, yeah, that data will be represented in the monthly “top-selling games” chart. But if you buy Crysis 2 from Steam or Baldur’s Gate from Good Old Games it’s as if that sale never occurred in the first place. And considering how much game-buying now occurs on these digital platforms (Steam, GoG, XBLA, D2D, App Store, etc.) NPD data was beginning to look woefully incomplete.

In fact, EA said the other day that 40 percent of all game sales were digital. How could the NPD Group go on claiming to be the authoritative source of sales data when, in EA’s estimation, it’s leaving out 40 percent of the market.

NPD’s problem now is twofold: one, to get these digital outlets to cooperate. Needless to say, if they don’t get Valve on board these numbers will be pretty much worthless. But beyond getting the various outlets on board, NPD then has to figure out exactly what these outlets represent. How do you characterize sales for things like micro-transactions or DLC? Where do you put “social” games?

We’re way past the point where a company like NPD can go to stores like Best Buy and Walmart, ask for their sales data, then claim to be authoritative. But at the same time, it’s quite difficult to collate all the various digital outlets and try to make any sort of sense of all this new data.