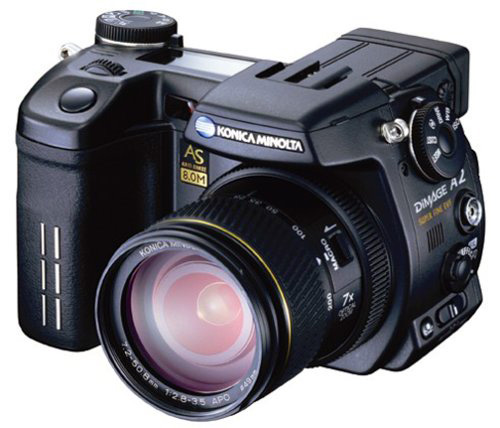 It’s rumored that Sony is at work developing a high end version of the NEX camera, which also happens to look like one of Konica Minolta’s old Dimage cameras. According to the source, the NEX-7 would be even better then the NEX-5 and recently discontinued (in Japan) NEX-3.

The source describes the camera as:

When you look in front of the new Sony NEX 7 with the 24mm Zeiss mounted, the new camera looks like a twin of the Minolta Dimage A2 – a really small nice pro body.

The NEX line has been pretty well received by consumers but has been criticized for being too amateur. Perhaps the NEX-7 will address these issues. There is no timeframe for the next NEX, but seeing how the NEX-3 was just phased out in Japan, it shouldn’t be too long.