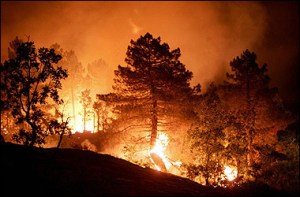 You’ve seen them, I’ve seen them. We’ve all seen them. Those screamingly pompous email footers that IT departments append to millions – billions? – of emails every day, urging us to “Consider the environment!” before asking “Do you really need to print this email?”

I think I can say, without fear of contradiction, that they are literally the most antisocial human innovation since McDonald’s started giving away chewing tobacco with Happy Meals.

Worse, they’re so utterly pointless: never once in the – what? – two decades? – the messages have been plaguing our inboxes has a single soul ever heeded their message and considered the environment before printing. Most people don’t print emails, and those who do, do. There is not a single tree still standing because some Dilbertesque corporate responsibility dickhead had nothing better to do with his time than to lecture total strangers on their obligations to mother earth.

For me, the final straw came a few weeks back when my publisher emailed me and I noticed that they too had been infected. Seriously, the IT department at Hachette – a company that has as its business model the decimation of forests in the pursuit of knowledge and entertainment – was urging me to think twice before using a couple of sheets of A4.

“Please consider the environment. Do you really need to print this email? “

No, I thought, but I will now, Just to spite whoever wrote that footer. What’s more, just because I have too much time on my hands, I updated my own email footer…

Fuck the environment. Print this email immediately. And then burn it.

As it turned out, I’m not the only person to be frustrated by enviro-preachy email footers. The very first person I emailed after making the change decided to tweet about it…

Shortly afterwards, someone mentioned it on “Quora” (whatever that is). Steadily, friends and strangers alike started getting in touch asking if I would mind them adding the text to their own email. Of course I wouldn’t mind. This morning I received an email from Mike Arrington, and wouldn’t you know it…

Screw the environment. Please print this email immediately. And then burn it.

And so the idea is slowly spreading – mutating into slightly-more-SFW variations at it goes. But I want it to spread even further.  I love the idea that eventually the world being divided into two camps: one camp with its pompous “Think before you print” auto-footers, and a rival camp with the “fuck the environment” equivalent. If enough of us embrace the latter, we could even win this thing.

So, for the sake of human civilization, I urge you to join the fight. Update your footer right now and help us take back our inboxes from the footer fascists. And if you work for a big company’s IT department… well… go on… you know you want to…

Update: Turns out Mike has been irked by preachy email footers since 2008.