Jumio is still gearing up for the launch of its online and mobile payments solution, due for release in 6 to 8 weeks, but the company has lined up an investor that is sure to draw even more attention to the stealth startup than the recent appointment of Google, Amazon and NASA vets to its board of directors.

Eduardo Saverin, who will forever be remembered as the co-founder of Facebook, has taken the lead in the startup’s fresh round of financing. We’ve exclusively learned that Saverin put up more than half of the round, which totals $6.5 million, alongside other private investors.

The 28-year-old Brazilian-American entrepreneur will also be joining Jumio’s board of directors. 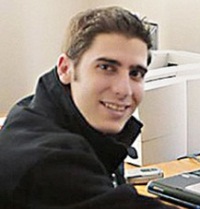 Saverin, who currently spends most of his time in Singapore, will become actively involved in Jumio’s roll-out into the Asian market. Says Saverin: “I’m usually a critical person, but the last time I have seen such a disruptive idea was actually Facebook”. Quite the endorsement indeed.

Saverin, who is a billionaire thanks to his stake in Facebook, also led the recent investment in TC Disrupt winner Qwiki.

His investment, and even more so his active operational involvement in the young company, makes me anxious to learn what Jumio is building, exactly.

Jumio was co-founded by Daniel Mattes, who sold his latest company, Jajah, to Telefonica for $207 million. Mattes is called the “Bill Gates of the Alps” in some parts.

Worth noting: Jumio chose an unorthodox way of financing. Instead of raising a regular Series A round with an institutional VC, the company has established a so-called SPAC (Special Purpose Acquisition Company), a collective investment scheme that allows public stock market investors to invest in PE-type transactions, particularly leveraged buyouts.

A participation in Jumio was placed privately to ‘Ultra High Net Worth Individuals’ (also called Ultra HNWIs). The use of SPAC is rare amongst startups, but has become popular lately as a result of Facebook’s funding deal with Goldman Sachs.

“The advantages are obvious,” says Daniel Mattes. “There is a lot of interest from high net worth individuals to participate in start-up success stories like Facebook, Twitter, Zynga or Groupon. We offered the market such an opportunity and it was received extremely well to the extent that we were over-subscribed.”