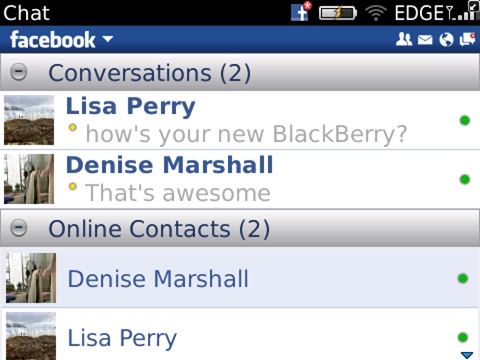 Hey, BlackBerry owners: Are you bummed about the whole Javascript exploit ordeal? RIM’s got something that might cheer you up. Maybe. If you’re really into Facebook. Or if you just like having things earlier than most people.

After releasing their first Facebook for BlackBerry app roughly three years ago, RIM’s Facebook App team is back with another swing, and it’s available in Beta form to anyone running BlackBerry OS 6.0. So, what’s new here?

Ready to get your feet wet? Don’t mind the occasional crash or two that come with adventure of roaming into Betaville? Look for the new app in the BlackBeta Zone. Though they promise support for BB OS 4.6+ in the coming weeks, this Beta is BlackBerry OS 6.0 only for now.