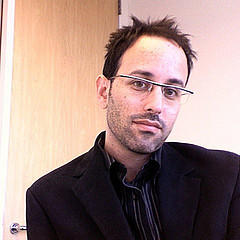 Flickr’s recently departed product chief Matthew Rothenberg is landing in a new job in New York City. He was just hired by bitly to become its new VP of Product. He will be moving from California. Score another one for the New York startup scene.

Rothenberg’s decision to leave Flickr, which he says has more to do with personal reasons, is nevertheless seen as yet another sign that Flickr is ailing under Yahoo. As MG noted:

He made a “personal decision” — Yahoo clearly wants avoid the impression that he’s leaving a sinking ship. But there’s a reason we’ve kept hearing rumors about his imminent departure: the situation is not great inside the once proud service.

On the bright side, the fact that Bitly is hiring him says a lot about its ambitions to build out more consumer-facing services. Flickr is still arguably one of Yahoo’s best products, and the man who was in charge of making them an enjoyable experience will now be bringing his talents to bitly. You might think of bitly as just a URL shortener, but stay tuned. Theres a lot more coming.

Bitly CEO John Borthwick tells us that the company is “about the real time link data stack,” and a handful of services will launch in the coming months, including News.me, that illustrate the value of this data stack. He also revealed a few impressive stats regarding Bitly’s business and link-sharing. Last month, Bitly saw 7 billion clicks on its links and currently supports 8500 white label partners.