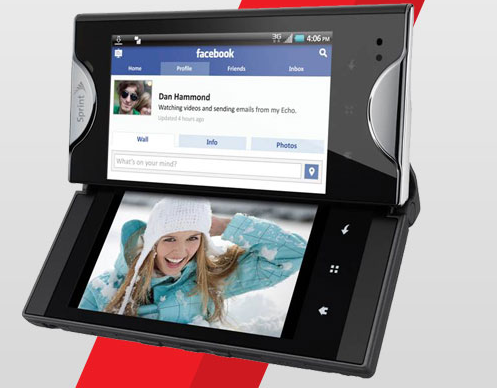 The critical reception for the Kyocera Echo has been about as two-faced as the handset itself. Some folks seem to think it’s the greatest thing in human history; others (this guy!) think it’s an oddly hobbled-together Frankenstein phone with features that can’t work properly without third-party developer support that it’s unlikely to ever get.

Oh well — on to the important bit: after being announced last month, the Kyocera Echo will hit Sprint’s shelves on April 17th. It’ll set you back $199, and has a 5 megapixel camera, Bluetooth, and WiFi — but sadly (and surprisingly!) no Sprint 4G support. Want to absolutely, positively make sure you get one? Pre-orders start March 26th.