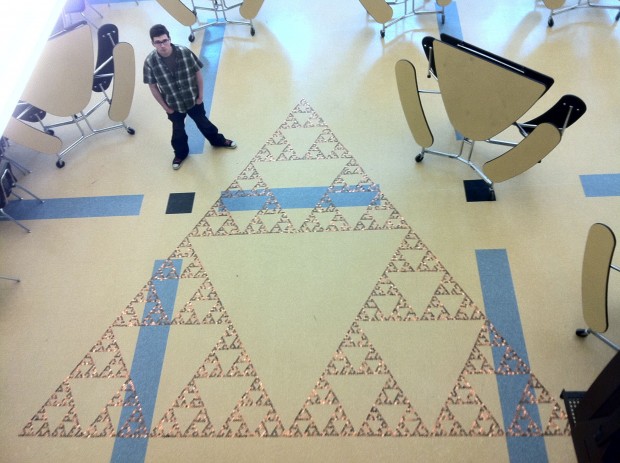 Remember Grant? The guy who gave out pumpkins on Black Friday? Well he’s back with a whole new game. He and his senior class made an eight-foot Sierpinski Triangle, a “a fractal and attractive fixed set named after the Polish mathematician Wacław Sierpiński” out of $75 worth of pennies. His goal? Fame, glory, and the undying affection of millions of girls. He also notes that “As far as we know, the world record is an 16 foot triangle, so we’re hopeful to get some fame here.”

You can click the above image to embiggen, but we take our hats off to young Grant and his cohorts and special thanks to his teacher, Andrew Njaa, who did something teachers are wont and right to do: excite their students about Sierpinski Triangles.

The kids who were responsible for this are: