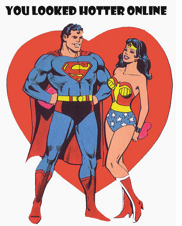 It appears that Jewish dating site JDate has filed a patent lawsuit against dating sites 2RedBeans, Zoosk, and OKCupid. According to the complaint, JDate alleges that all three companies are infringing the same patent, which states that Sparks Network (JDate’s parent company) has invented a method or apparatus for automating the process of confidentially determining whether people feel mutual attraction or have mutual interests. That’s right, JDate has a patent on detecting secret crushes.

The suit calls out OkCupid’s QuickMatch (which shows when two individuals mutually admire each other); Zoosk’s Scientific Matching Service, and 2RedBean’s Secret Admire function as infringing JDate-owned patent # 5,950,200, titled “Method and Apparatus for Detection Of Reciprocal Interests or Feelings And Subsequent Notification.”

This is an aggressive action considering that secret admiration is part of the foundation for any online dating site. And it seems a little odd that JDate only sent this notice now, after both Zoosk and OKCupid have been using this technology for some time. A claim against 2RedBeans makes more sense as the site only launched this year.

Spark Networks wants the three companies to pay damages to JDate for the infringement. OKCupid, which was recently acquired by IAC’s Match.com for $50 million, confirmed that they received the complaint but declined to comment further.

Zoosk refused to comment at all, and 2RedBeans, a dating site for Chinese-Americans, also confirmed the lawsuit issued this statement: JDate vs 2RedBeans is David vs. Goliath. Our Secret Admirer feature is very different than what JDate has claimed in its method or apparatus for automating the process of confidentially determining whether people feel mutual attraction or have mutual interests.