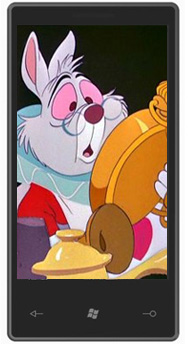 Technically, we could have said that yesterday’s word that Window’s Phone 7’s Copy/Paste update had been delayed was already confirmed, given that it came straight out of Microsoft France’s mouth.

With that said, we’re hearing it put Microsoft into a bit of a scramble. When you’ve got a big ol’ global operation, sometimes it’s a bit tough to make sure everyone’s on the same page — and in this case, they weren’t. It took’em a day or so, but Microsoft US has synced up with the ol’ mothership and is now confirming that the WP7 update will indeed ship in the second half of march, rather than the “first two weeks” as they’d previously announced.

The word this time comes straight from the official Windows Team blog. After saying that “it’s important that we learn all we can from the February update” (read: the one that mysteriously bricked a small percentage of WP7 phones), they say that their “plan is to start delivering the copy-and-paste update in the latter half of March.”

On a happier note, they also add that these delays shouldn’t delay any future updates, including the one they announced back at Mobile World Congress (the one with Internet Explorer 9, HTML 5 support, etc.) Of course, given that they haven’t really announced any dates regarding other updates, we wouldn’t really know if they did.