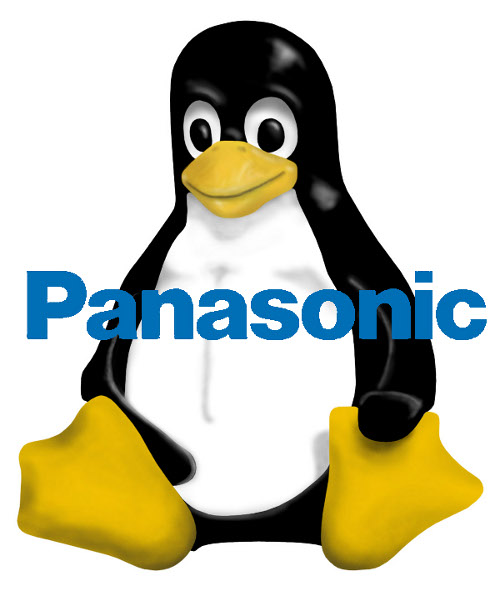 It’s been a pretty interesting couple of years for Linux and open source. As someone who’s been using Linux exclusively since 1999, I think the last two years have seen the most Linux adoption by big corporations than in any time prior. With the success of desktop-friendly distributions like Ubuntu and Fedora, along with the rise of Android, and the continued commitment to embedded Linux by consumer electronics manufacturers, I can’t help but feel excited about what the future holds for Linux and open source software.

SAN FRANCISCO, March 9, 2011 – The Linux Foundation, the nonprofit organization dedicated to accelerating the growth of Linux, today announced that Panasonic is joining the organization as a Gold member.

Gold membership is the second-highest corporate membership tier at The Linux Foundation. China Mobile was the last member to join at the Gold level just last November.

“For more than 90 years, we’ve been committed to pushing the limits of innovation in consumer electronics,” said Kazuo Kajimoto, Director, System Engineering Center, Panasonic. “The rise of Linux in our market gives us new opportunities to push those limits. By joining The Linux Foundation, we will be able to work directly with the people and companies who can help us maximize this technology for next-generation devices and technologies.”

Panasonic is one of the world’s most recognized leaders in the consumer industry. Its products address both the home and business and range from Viera High Definition Plasma and LCD TVs, to LUMIX digital cameras and laptop computers, security systems, home appliances, cellular phones, and much more.

Panasonic will participate in embedded Linux initiatives, such as the Consumer Electronics (CE) Workgroup (the successor of CE Linux Forum) and the Yocto Project, and will attend the Embedded Linux Conference in April. It will also participate in the Open Compliance Program, as well as collaborate with other companies at the Linux Foundation Legal Summit(s).

“Panasonic’s increasing commitment to Linux is certainly another representation of how important the Linux operating system has become in the consumer electronics market,” said Jim Zemlin, executive director at The Linux Foundation. “Panasonic will provide importance perspectives on how embedded Linux and compliance work should mature in the months and years ahead.”

About The Linux Foundation
The Linux Foundation is a nonprofit consortium dedicated to fostering the growth of Linux. Founded in 2007, the organization sponsors the work of Linux creator Linus Torvalds and promotes, protects and advances the Linux operating system by marshaling the resources of its members and the open source development community. The Linux Foundation provides a neutral forum for collaboration and education by hosting Linux conferences, includingLinuxCon, and generating original Linux research and content that advances the understanding of the Linux platform. Its web properties, including Linux.com, reach approximately two million people per month. The organization also provides extensive Linux training opportunities that feature the Linux kernel community’s leading experts as instructors. Follow The Linux Foundation on Twitter.