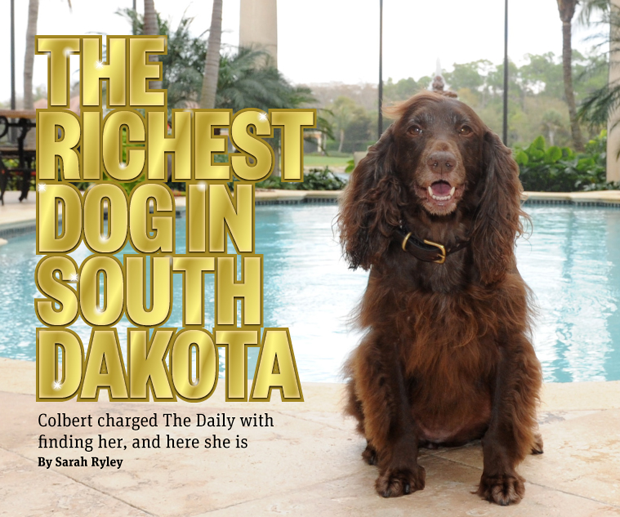 After The Daily editor Jesse Angelo’s colorful memo about what constitutes compelling journalism became more an impetus for Internet mockery than staff enthusiasm, Stephen Colbert challenged the The Daily’s young journalists to go beyond Angelo’s edict to “Find me the oldest dog in America [too late], or the richest man in South Dakota” and (combine the two) to find the richest dog in South Dakota.

Well, today they did.

Meet Miss Charlie Brown, who belongs to South Dakotan owners Barb and Tom Everist, and by transitive property has a net worth of $130 million. But in contrast to Colbert’s assertion that the dog would get “all the bitches,” Miss Charlie Brown’s owners assert that the canine is as humble as pie, “This isn’t a Paris Hilton kind of dog.”

“Miss Charlie luxuriated in a bubble bath sprinkled with rose petals, sunned herself by her screened-in pool, padded along Bonita Beach and rode on a 29-foot Hinckley motorboat, an American flag whipping in the wind.”

I can’t believe I’m actually jealous of a dog.

The Daily’s free trial period ends on March 21st and publisher Greg Clayman holds that the iPad app has been downloaded “hundreds of thousands” of times since its launch. But as to how many of those downloaders have already paid the subscription fee of 99 cents a week or $39.99 a year (around 30% of which is shared with Apple) Clayman wouldn’t say, “more than one and less than a billion.”

Jeff Jarvis guesstimates that The Daily would have to sell around 750K net subscriptions weekly to break even, around 34 times the sales of Wired’s iPad app monthly. Murdoch eventually wants to sell “millions.” But how is that possible when you’re competing against the plethora of free news available online and Daily subscribers can share links freely with other users?

What could the iPad-only content be you ask? Quick, somebody BRING ME MY IPAD. 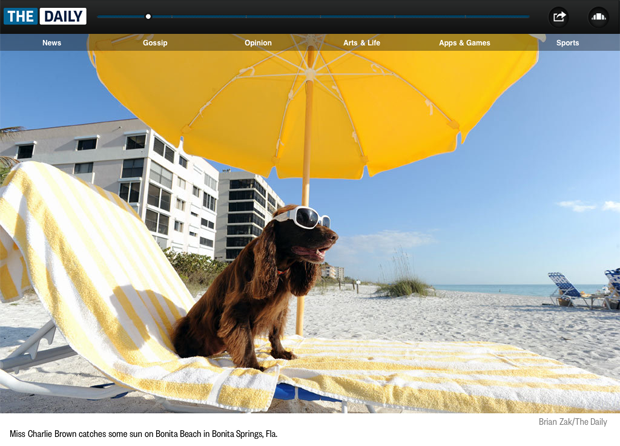 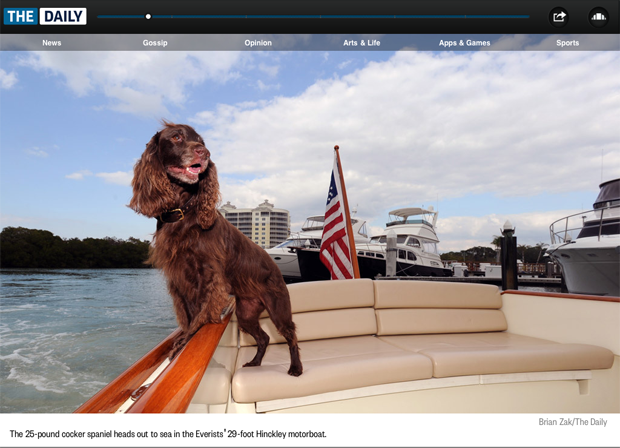 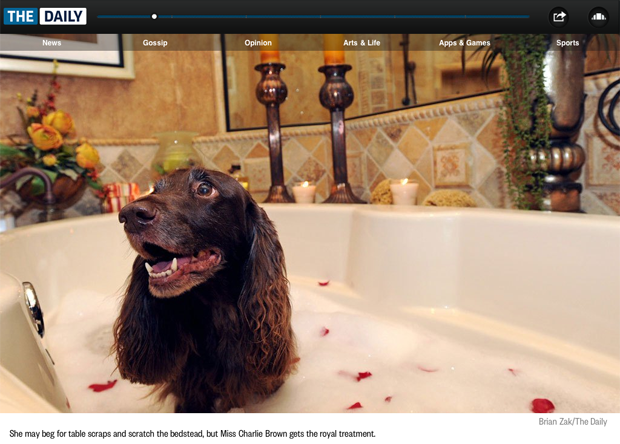 iPad screengrabs via Erick Shoenfeld’s subscription to The Daily