In 2011, with web usage, bandwidth, smartphones and tablets all on the rise, it can hardly have escaped the average small business they they must have an online presence. But with “hosting solutions” baffling the majority and even mapping a domain to a free WordPress site still beyond most, the options can be bewildering. At the same time people are more aware of design than ever. UI amongst the best new startups has changed the game and even old laggard portals have undergone a facelift. The iPhone and iPad have brought a new expectation in interface. So the opportunity to make all this easy is potentially huge.

It’s main competitor in this space is Wix. However, its problem is that it is really a surface layer to a building platform (via Flash) and thus there is no rendering on other platforms like mobile. With its new funding Moonfruit is using an extremely consumer-friendly Flash builder for all those web newbies which then renders sites in either Flash or HTML or whatever you are using on Web, mobile or any Tablet browser. Most of Moonfruit’s revenues come from premium paid subscribers are small businesses who want better designed tools to design these better looking sites for the new design-conscious era.

Terms have not been disclosed but the strategic funding with Valley maverick Dave McClure is designed to springboard Moonfruit’s business development in the US. Moonfruit already raised $2.25m in a Series A last September from the US-based Stephens Inc. bank to grow in the US, and is currently the no.1 DIY website builder in the UK, while 30% of its customers are now in the US.

McClure, Founding Partner, 500 Startups, told us this is a later stage deal than it normally goes for, so therefore a lot of the risk has been taken out of it. But that it was the “great design sensibility, and solutions to everyday problems” that lead it towards Moonfruit.

Cofounder Wendy Tan-White notes that the overwhelming number of entrepreneurs in the United States are still small businesses: 99.7% of companies. Thats a big potential market being left on the table by more slightly more tech solutions like WordPress.

From April Moonfruit is also adding easy blogging with RSS into its core site offering. Where as you can’t edit most blog templates without getting into CSS/HTML, Moonfruit’s will combine ‘literal’ design editing with dynamic, on the fly publishing. Shops are coming in July, editable from an iOS app. A highly customised version of Zendesk is also now integrated. 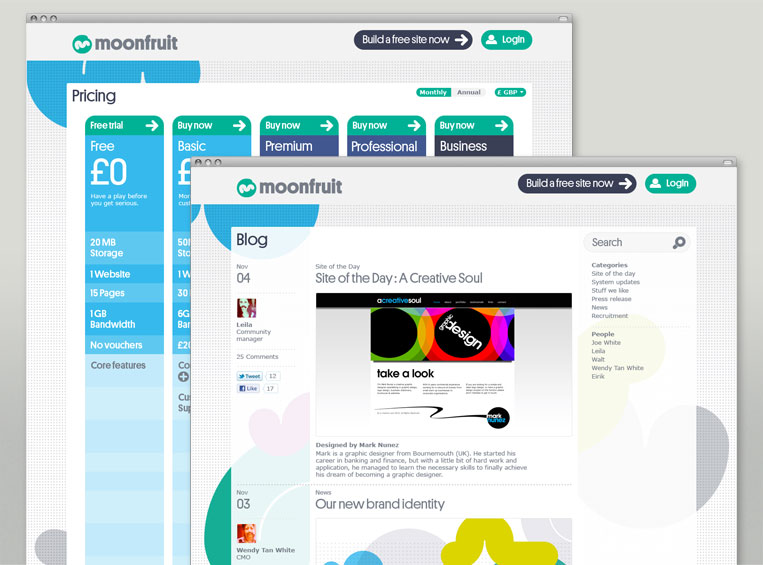 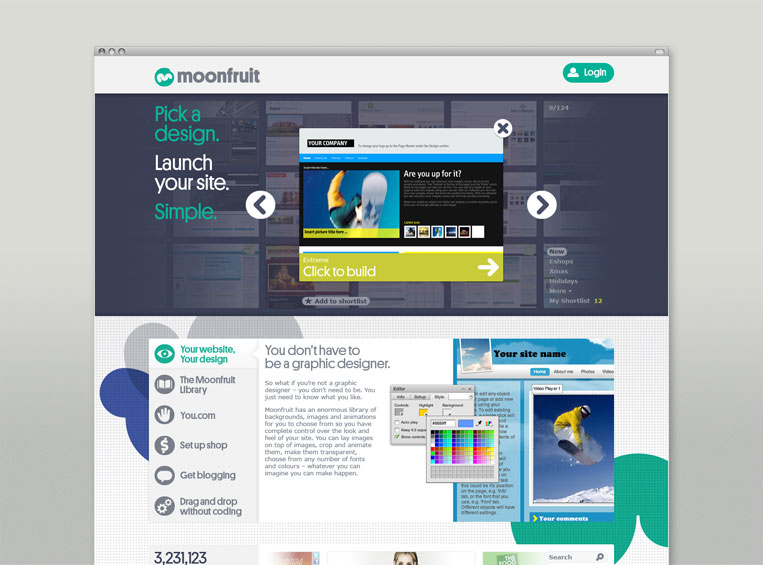 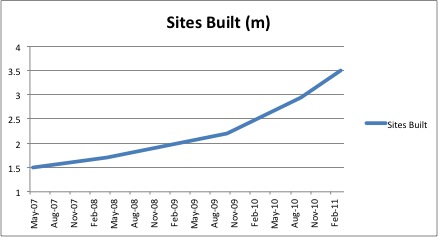 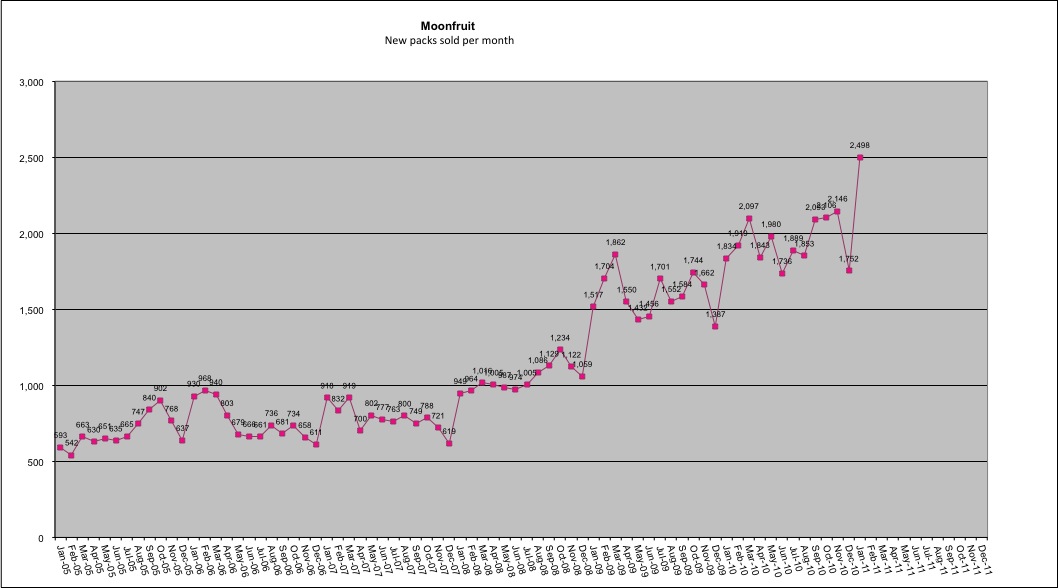 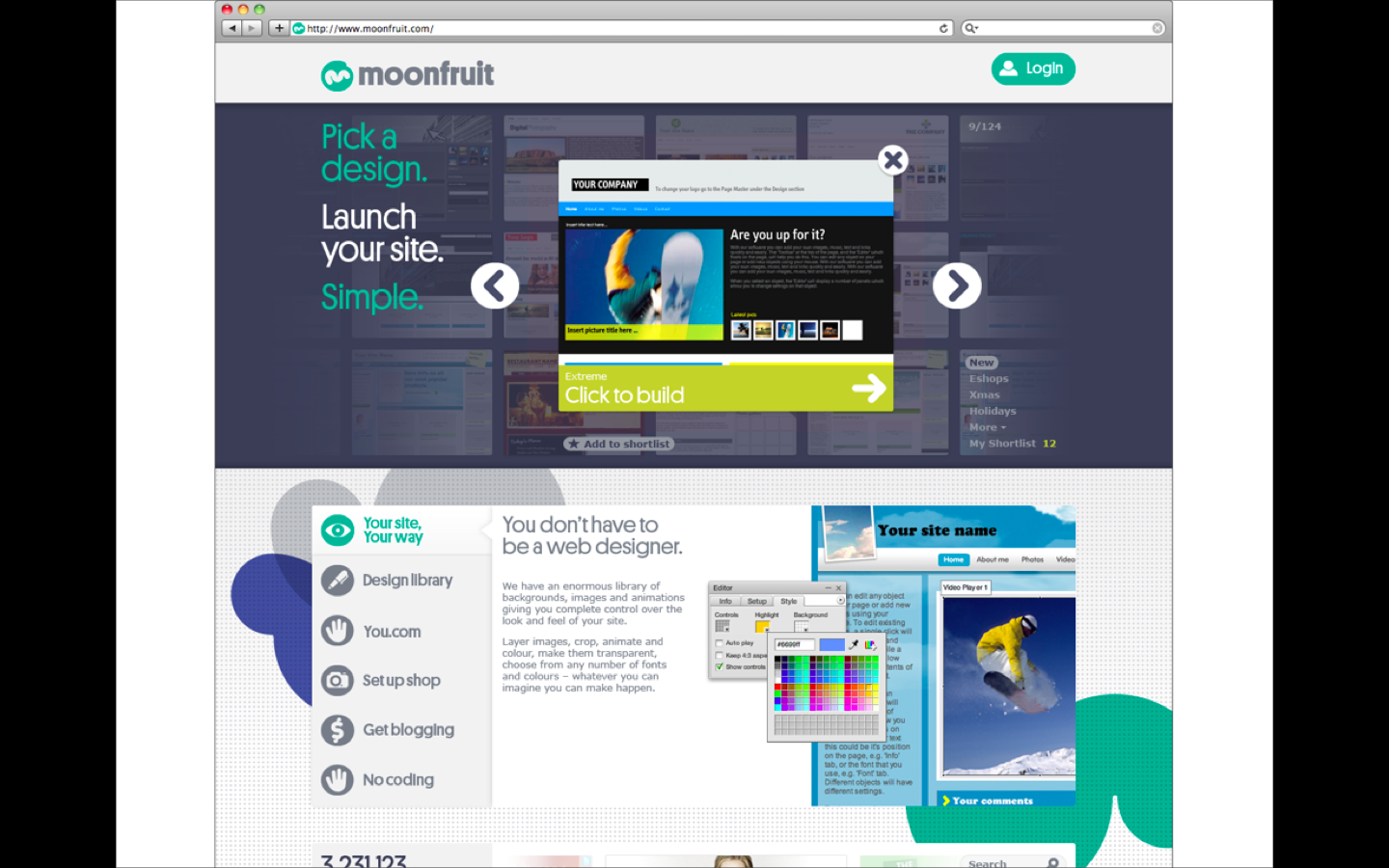