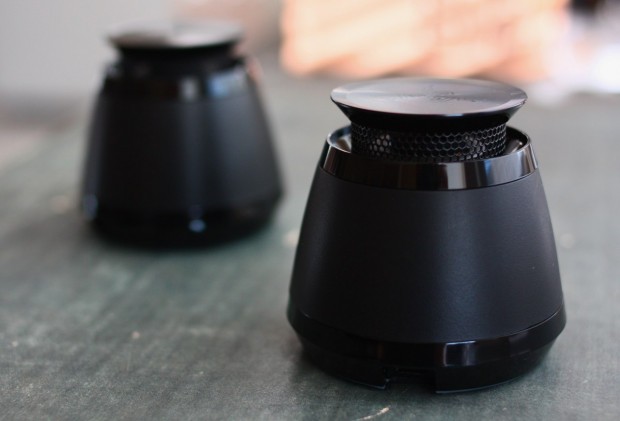 Short version: These tiny speakers are more powerful than you’d think, but still not quite capable enough for anything but casual use around the house. Gamers at the very least will be disappointed, though they’re handy for the occasional TV show or spontaneous music-sharing moment. 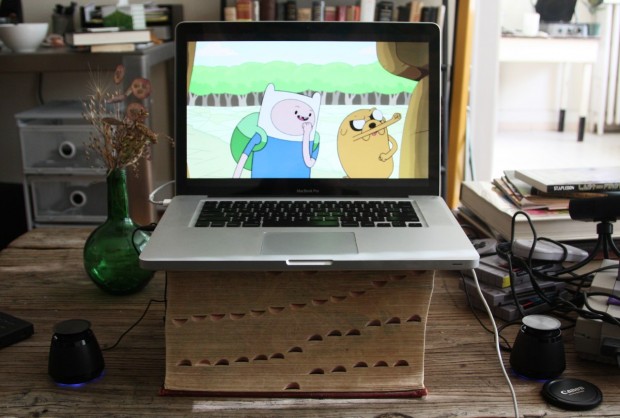 ^In the corners, there.^

I was excited to check these out when they were first announced, but when they arrived, I was flabbergasted by just how tiny they were. I mean really. They’re very small. As you can see in the photo below, they’re just about half the size of a can of soda. Can these things really produce any sound? 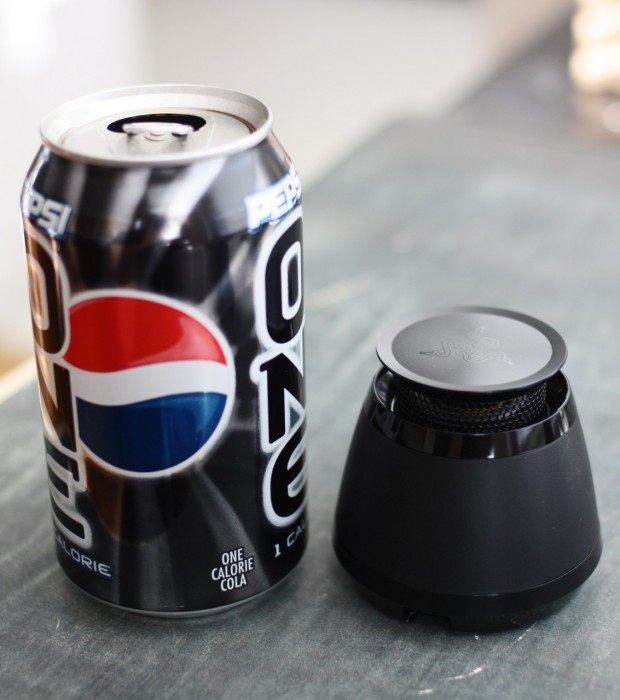 Well, yes and no. You need to control your expectations, but they’re quite effective for their size, and combined with the fact that they’re powered and super-portable, this makes them a pretty decent buy.

I tested them out on a few tracks from my library, and the sound is clear and quite loud, though the low end is pretty much not there. It’s kind of implied in that there’s a pretty smooth fall-off from the higher frequencies, so you can work out what it should sound like, and I didn’t notice any distortion from the speakers trying to hit lower than they should.

We watched Raiders of the Lost Ark, and although of course the lower frequencies of, say, plane propellers and engine noise was only slightly audible, everything else came through loud and clear. Explosions, dialogue, and music all sounded solid, though I think that the mid-highs tended to overpower the rest.

The 360-degree sound distribution is sort of a silly feature when you think about it, but it’s a handy way to let your laptop or MP3 player be a quick-setup jukebox in the kitchen, say, or at the beach. The real result, of course, is that half the speakers’ power is being directed away from you, which is just hugely inefficient.

There are blue lights that fade in and out while charging, and just stay on most of the time otherwise. Why can’t I turn them off?! What if I’m watching a movie in the dark!

The cable is a special one from Razer: it’s USB and 1/8″ audio on one side, and two micro-USB plugs on the other, which plug into the speakers and convey sound and power. It’s a little confusing at first, and of course if you lose the cable, you’re screwed.

Fortunately the Feroxes (Feroxii?) come with a cute little carrying case that just fits them and the cable. It’s not pocketable or anything (it’s about pop can-sized), but it’ll easily fit a laptop bag or satchel. 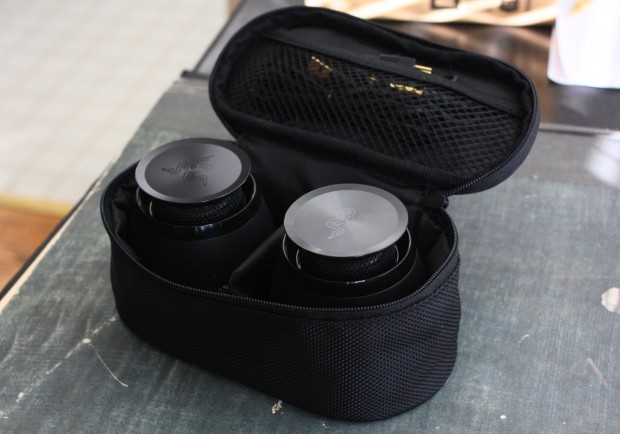 These speakers are cool-looking, surprisingly compact, and produce a totally usable sound for some situations. On the other hand, if you’re at all interested in using them for serious gaming or media consumption, you’d be much better served spending your cash on a pair of good portable headphones. You can get the Nox Audio Specialist for $70, a great buy. The Ferox speakers are cool, and they certainly aren’t bad, but they don’t really hit the spot they’re aiming for; as a complement to a media player or tablet, they’re nice, but for anything more serious than that, there are better options.

Product page: Razer Ferox speakers (not quite available yet)