South by Southwest is not only a launching platform for new startups, but has also become a destination for existing companies to show off new features and technologies. For example, we know Foursquare has some surprises for us in the next week or so, and I’m sure there will be a host of other companies launching SXSW dedicated apps or features as the conference approaches. Appstores.com is making it a whole lot more easy to find any apps that are SXSW related or that could be useful at the event. Called the Unofficial SXSW AppShowcase, the store aims to be the go-to destination for relevant SXSW apps.

The dedicated SWSW app store is powered by AppBistro’s AppStores.com, which launched as a a white label platform to create app stores on the fly. Appbistro launched at TechCrunch Disrupt last year, as a Facebook Page app marketplace.

AppBistro says many of the apps on the AppShowcase have custom SXSW integrations, while others are specific to Austin. The startup is also asking for developers to submit their apps to be added to the AppShowcase here. And anyone can suggest an app to be included in the store. 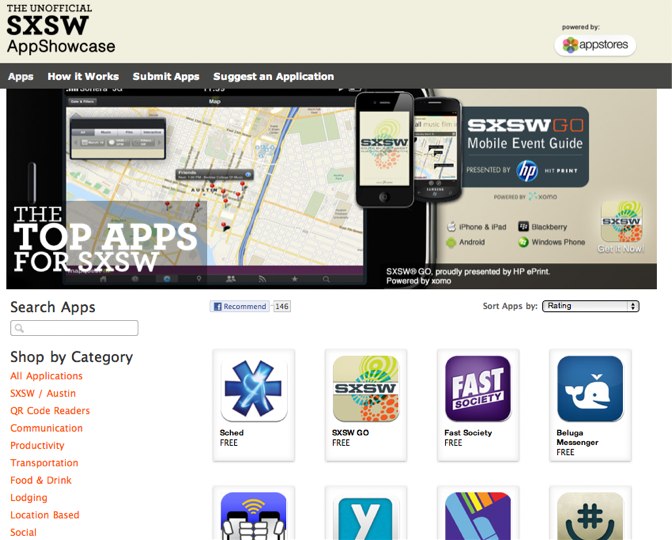