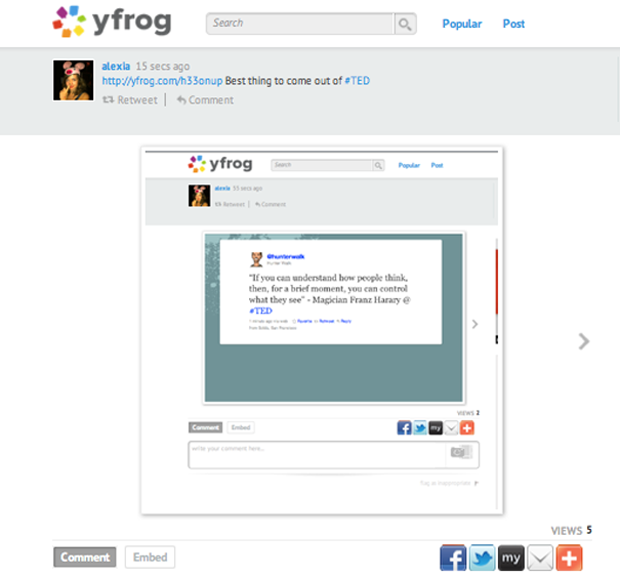 Yfrog is attempting to go beyond being just a photo landing page and comments, soft launching an entirely new product in beta today. This relaunch is a big departure, actually asking users to look at Yfrog as more than just a client for sharing photos on Twitter and more like a social aggregation platform.

Users on the new Yfrog will have a much more streamlined Yfrog profile with an immediately organized view of all their photos, counter of who they’re following and followed by as well as recent links that they’ve shared. “We’re trying to build a unified interface where you can aggregate your social stream in real life and make it useful to people,” says founder Jack Levin, ambitiously. 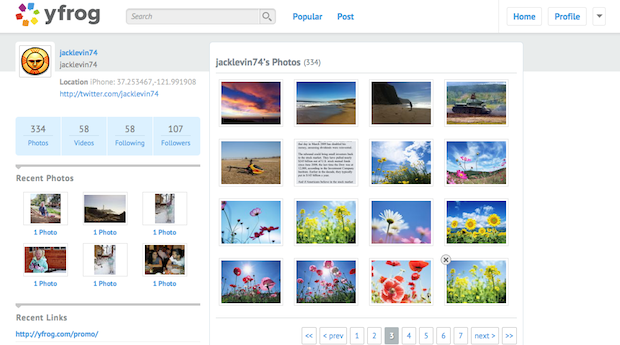 Reminiscent of a next generation Friendfeed, the new Yfrog creates profiles (like this one) semantically from public APIs, so you can view the activity of people that you know, as well as the inline media in their feeds. Signed in users can participate in threaded conversations from their Yfrog account, as well as upload photos and videos to both Yfrog and Twitter with its new http://fro.gy/ URL shortener.

Right now Yfrog is seeing over 500,000 uploads daily and almost 20 million unique visits a month according to Quantcast — As opposed to the 30 million at competitor Twitpic (the whole Yfrog/Imageshack network gets over 50 million worldwide). The new redesign will be rolling out slowly in the am so the team can get feedback and fix bugs (right now there’s something interesting happening with pulling in @replies), unveiling to 1000 users the first hour hour, to 10,000 the next and so forth. Everyone hitting a Yfrog link should see it by tomorrow evening.

Says Levin, “We’re trying to do something with social that Google did really well with search. Trying to organize the world’s information and make it useful. It’s very clean and unique and to the point. How the social experience should be.” 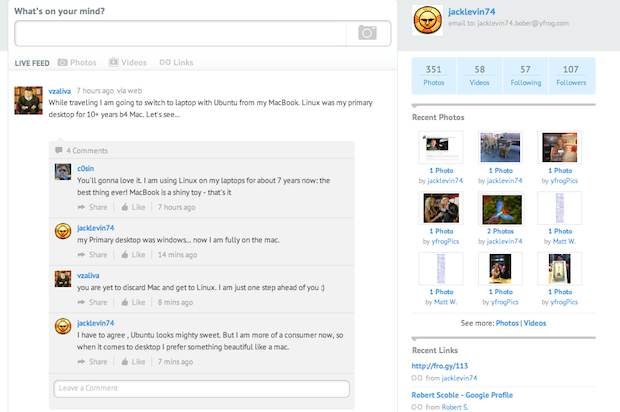 And indeed, from my first impression, the new Yfrog interface is beautiful if just by comparison to the old one. And even if its social aggregation ambitions do not pan out, anything is better than this. 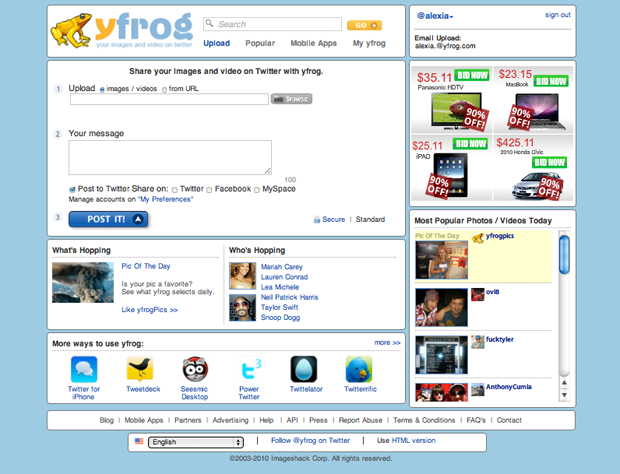