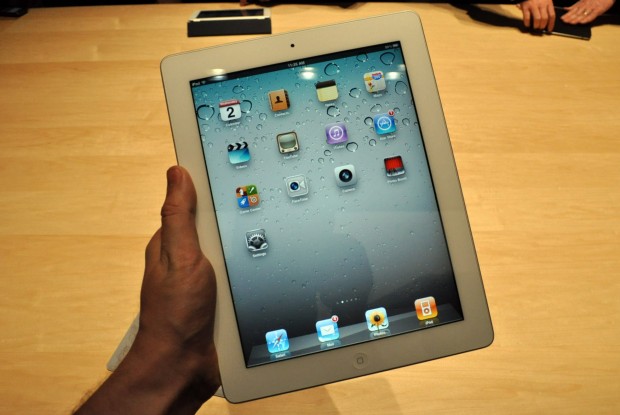 After less than a year on the market, the iPad has already been made obsolete by its own creator with today’s introduction of the iPad 2 — or has it? Just how big of a jump is it from the first round to the second? How does the new iPad feel in the hand? Is Photobooth going to be as much fun for stoned college kids on the iPad as it is on OS X?

We spent a bit of time with the iPad 2 today following Apple’s announcement — join as after the jump as we attempt to answer all these questions and more!

Do you need an iPad 2? You probably know the answer to this. If you have an iPad 1, I’d recommend in most cases to stick with it until iPad 3 rolls around. The cameras are great and all, but it’s not nearly as convenient to shoot a quick picture or video with a big ol’ honkin’ tablet as it is with a pocketable device. Thus, the main use is video chat — and outside of regular travels with family at home and others who’ve already jumped into the future by making video chat a part of their lives, it tends to become a cute novelty after a use or two. If you don’t have an iPad 2 (and can’t wait a few months to see if the super-quick-iPad-3-followup rumors pan out), or if the apps that come along and take advantage of the new A5 processor really get your gears churnin’, go ahead and dive in.

Update: And here’s the video!