In terms of hot spaces at the moment, you’d be hard-pressed to find anything hotter than the mobile photo sharing space. Instagram, PicPlz, and Path all have gotten huge amounts of funding recently. And the latter even turned down a massive $100 million+ offer from Google. So the space is just minting money and everyone is riding high, right? Well, not exactly.

It can be easy to forget that despite the early success stories (or irrational hype, depending on how you perceive it), there are many more startups out there that aren’t taking off for one reason or another. And one of the earlier players in this latest wave, Treehouse, is sadly no more. The service has entered the Deadpool.

We first covered Treehouse in June of last year as perhaps the perfect app for capturing “bros icing bros”. And while it lasted longer than that trend, Treehouse is now shut down, co-founder Chrys Bader has confirmed to us.

But it’s not all sad news. One of the reasons Bader decided to shutter the service now is because he got recruited by Google to help them build out whatever it is they’re building in the social space. Bader declined to give details, but says he’s leading an “exciting new project” alongside the Slide team that Google acquired last August. 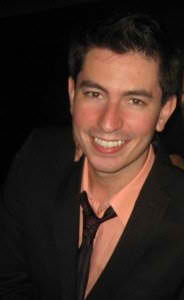 “I’m really excited about working with some proven entrepreneurs and to see what we’ll be able to accomplish as a small team within Google,” he says.

Treehouse was technically a part of Fliggo, a Y Combinator-backed startup that had originally set out to be one of the “Twitter for video” plays. They had also been known as Vidly. But Bader correctly predicted that mobile photo sharing was poised to take off, and thus we got Treehouse. The service was well executed, and had an interesting sharing model that was sort of a hybrid of Path and Instagram. But again, for whatever reason, it just didn’t catch on in the same way.

Perhaps Bader will be able translate some of what he learned in the space to whatever Google releases.

Update: In an email, Bader had a bit more to share, looking back on Treehouse and the overall space:

At first, we decided to focus on privacy and creating a comfortable environment for people to share photos without worrying who sees them. Initially we had great traction in small groups, but quickly reached the realization that private sharing is difficult in groups of friends that do not all have iPhones.  This is a problem that Path is facing right now. Hyper-privacy does not work and moves against the natural motion of social products now, which is to be more open.

I’m happy to see Instagram’s success because it will bring forward the possibility of mobile photo sharing in people’s minds which will pave the way for new apps to have a chance to blow the lid off of the space.  We’ve barely scratched the surface of the potential of the mobile photo space, and I’m excited to see Instagram lock-down a long-term vision and watch Path slowly become more open.