In a quest to start something as big as the Apple in the Big Apple, a number of incubators, funds and fellowship programs have sprung up in New York City in recent months.

The FinTech Innovation Lab made its debut in December 2010, and the NYC Turing Fellows program in January. Incubators like TechStars and DreamItVentures moved into town around the same time, too. One program that predated these all by about a year, hackNY, today announced that it has doubled the the size of its summer program, and will match twenty four “computationally expert” students with area startups this year.

The hackNY summer program is distinct in offering free, NYC-based dormitory housing to its fellows. Co-organized by professors from New York University and Columbia, the program also requires startups to pay selected interns at least $400 a week, and requires its young guns to participate in events and attend lectures by technologists, investors, and startup founders. Applications are accepted on a rolling basis from students via the hackNY.org website, here.

Startups that want to bring on top, tech students also have to apply. A co-founder of hackNY, Evan Korth, said the non-profit looks for startups from the earliest to a more mature stage, that can offer fellows “an ideal mentoring environment.” He explained:

“The startup should have a strong technologist who has time and a desire to mentor young people. Believe it or not a lot of technologists really enjoy doing this kind of thing. Typically, this would be a CTO or VP of engineering who wants to work with the student, directly.

They also have to offer a good project for a student to work on — we do not want to send future hackers into a company where all they do is the most basic kind of object oriented programming, like writing ‘getters and setters’ all day. We want the best student technologists we can find to work on more interesting things.” 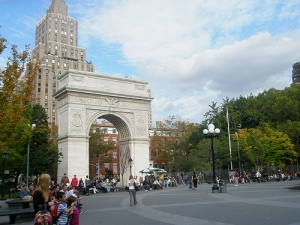