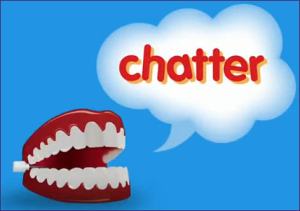 Today, at the DEMO Conference in Palm Springs, Salesforce VP of Platform and Marketing George Hu remained markedly confident over Salesforce’s future, smiling broadly in the face of rising costs and dipping profits.

Hu has good reason to be smiling. Salesforce is the talk of the town these days, and one of the preeminent cloud companies in the market. It had a big fourth quarter, with sales growing 29 percent to $457 million. “It was a monster quarter, and the deal flow in the fourth quarter was just awesome,” CEO Marc Benioff gushed in a recent earnings call.

In addition to its customer gains, Salesforce has also been in an acquisitions tear. The company acquired Heroku, the Ruby application platform-as-a-service for $212 million in December and DimDim, a web conferencing service for $31 million, in January — on top of the addition of GroupSwim, a SaaS cloud enterprise service, back in December 2009.

While sales grew 29 percent in Q4, Salesforce’s total operating expenses tipped past 40 percent to $365 million, resulting in a $391,000 loss in operations. The company also made a measly $97 million at the operating income level, compared to its $1.55 billion in sales.

Yet, in spite of these lackluster numbers, back at DEMO, Hu’s expectations remain positive, largely thanks to Salesforce’s enterprise social messaging application, Chatter. Though you may only know Chatter from unpopular Super Bowl ads, Hu said that their team has “cracked the distribution code”, as 80,000 of Salesforce’s 92,000 customers are currently using Chatter. He remained unfazed over competition from other enterprise social networks like Yammer, which boasts over 100,000 businesses (including TechCrunch).

“Today, we are seeing a confluence of cloud, social and mobile, and the best sales person in today’s world is not properly armed unless they’re combining those three key features,” Hu said. He continued on to say that the market in social enterprise, for those who can combine these three components successfully, remains a green field. This is why the company continues to build their human sales force, which the Salesforce (ha) executive said remains a high priority for the company going forward.

Hu’s conclusion, seen in the big picture, shows that 2011 may well be the year of the expanding sales force. Two weeks ago, I attended an “Online Local” panel at the Goldman Sachs Technology and Internet Conference in San Francisco, where representatives from Foursquare, Yodle, Living Social, and Angie’s List said that they are in the process of drastically expanding their own sales staffs in 2011 due to their impression that local merchants lack the technology prowess to buy through self service models. Living Social, for example, has a sales staff of over 450.

In business-to-business decisions, where there are multiple stakeholders, and huge strategic decisions are on the line, Hu said, it takes a real person — those customer-facing sales employees — to explain the details of how the service works, to work through obstacles, and help the customer see the bigger picture.

In light of Salesforce’s flurry of M&A activity and rapid growth, Hu said that what is keeping him up at nights is the education of this massive sales force. As the company has grown from a single application (Salesforce Automation) to a CRM platform, collaboration through social enterprise, and Data-as-a-Service, it has become increasingly difficult to train each new employee to manage their products.

Going forward, Hu said, he would like to see Salesforce become less reliant on their Website or app and become, instead, an invisible and pervasive service. He referred to David Kirkpatrick’s conception of the future of Facebook, in which the social networking giant will look nothing like its current form, but instead its social graph will be inherent to the very plumbing of the Web.

“We have a smiliar view,” Hu said. “Yes, people may still go to salesforce via a browser and login, but we think that collaborative data should be ubiquitous, not just through our app, but through whatever reader you use … We want to be pervasive and invisible, to be embedded in everything that you do.”

Though Hu’s lofty visions of the future may hold weight, you can check out a more dour financial perspective in the WSJ’s coverage of the Salesforce stock run up here.