With the number of iOS apps now well over 300,000, app discovery is becoming an increasing frustration for users. It’s also become a major challenge for developers as the increasing number of apps is making it more and more difficult for them to attain exposure for their apps.

Now, straight from the “What Took So Long for Something Like This to be Released” department, mobile developer community site AppBoy has released an iOS app check-in SDK.

The SDK requires pretty simple integration. Once wired, users can check-in to apps in much the same manner they check-in to locations on Foursquare . Check-ins can be pushed out, of course, to Facebook and Twitter.

AppBoy included additional functionality that helps developers reward users in contests. Badges are available for most check-ins during a contest, for timing-based check-ins (for example, the 50th check-in past a certain hour), and for checks-ins closest to specified times. 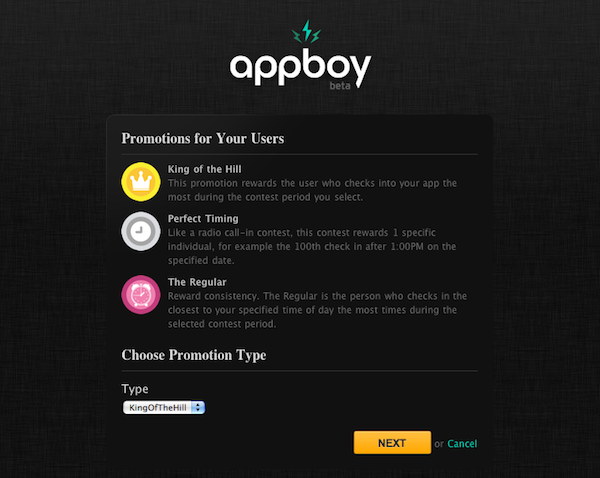