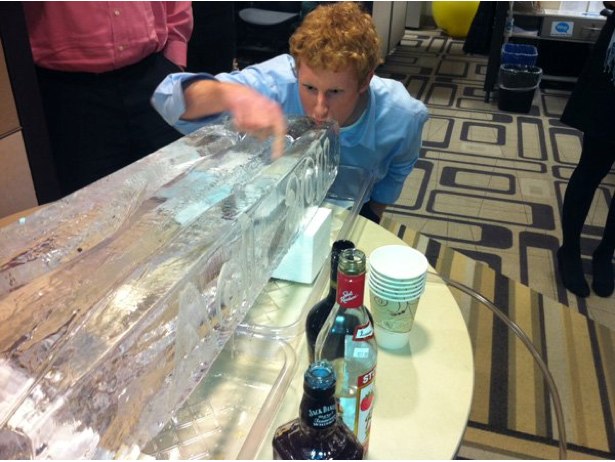 One great thing about big corporations are all the rules. AOL has a twenty nine page Standards of Business Conduct policy that all applies to all employees. The document covers things like harassment, safe work environments, privacy, conflicts of interest and gifts. The best part is near the end when it gets into bribery and corruption.

“AOL strictly prohibits…bribery of government officials,” is an example of the rules that we are forced to live by. As you can imagine, it’s mostly common sense, and has been a subject of great amusement around the office for the last several months.

AOL is also very strict about alcohol in the office, and I’ve heard people complaining that HR won’t let them bring in a few beers to celebrate a new product launch. The only real question I had was why in the world they asked permission in the first place.

Our Company prohibits the abuse of alcohol or prescription drugs while performing your job duties or while on our premises.

Anyway, the no alcohol policy is one which we have violated each and every day since we were acquired. See, for example, the TechCrunch kegerator.

I guess it all depends on how to define “abuse” though.

Which is why we’re confused by AOL’s weekly drinking binges, called Accelerator Thursdays. We get a deluge of emails urging us to participate in this weekly program, which as far as we can tell consists of very heavy drinking, and lots of drinking games, in all of the AOL’s offices.

From the Dulles office:

In Dulles we will be enjoying beverages from the The Refueling Station (our bar). Beverages will include melted snow (white wine), quick start (red wine) and brew icicles (beer).

In Detroit we are kicking off the Luge with White Russians & Margarettia’s! We encouraged everyone to bring forward ideas for future Accelerator events.

We are kicking our AT off with a beer cart.

The last thing I want to do is put a stop to all this. But the next time someone in HR starts bugging me about bribing a government official to get the inside scoop on a story, I’m just pointing to the picture above of that poor AOL employee being forced to drink blue caracau, vodka, lemonade luges from the ice track. :-)