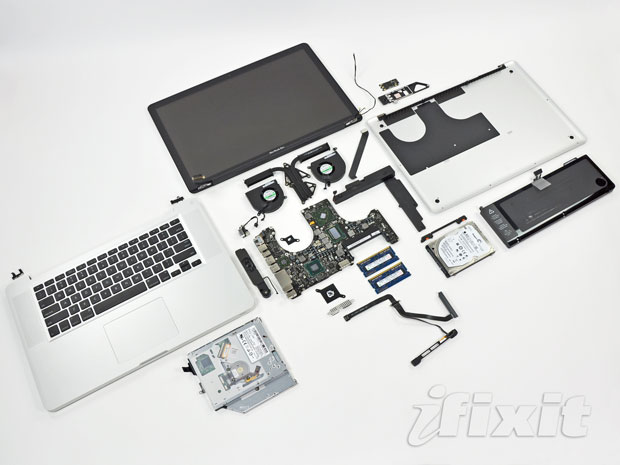 When there’s a new gadget, iFixit simply must tear it apart in the name of gadget pr0n. This includes the latest MacBook Pro. The firm found that the battery is the same as the current generation even though the advertised life is slightly lower. (or rather more realistic) It’s also secured separately from other components, allowing it to stay in place rather than removing it when working on other sections of the notebook. The new models also feature a slightly different wireless card design with four antennas rather than three and aluminum mounting brackets. In the end, iFixit deemed the latest model a 7 out of 10 in regards to ease of repair with 10 being the easiest. This is thanks to the relatively compartmentalized internal design. Surprised? You shouldn’t be. Apple knows a thing or two about notebook design.