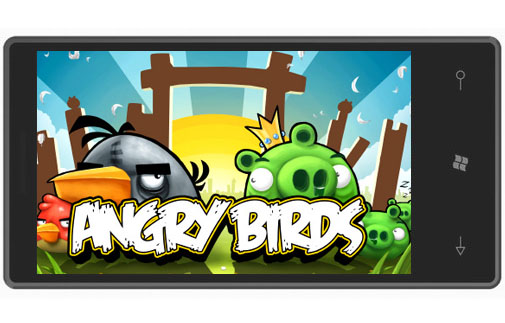 Rovio’s Peter Vesterbacka confirmed last week at Mobile World Congress that the Birds were comin’ to Windows Phone 7, but he couldn’t get too specific about the launch date. Microsoft went ahead and filled in the gaps, with this post on the Windows Team Blog promising that Angry Birds and 5 other big-name titles (Doodle Jump, Plants Vs Zombies, geoDefense, Sonic The Hedgehog Ep: 1, and Hydro Thunder Go) will be hitting on April 6th.

For those new to Angry Birds, just remember: Take a break every 15-30 minutes to stretch your legs, rehydrate, and rest your eyes. If you start to feel cold when you’re not playing Angry Birds, it’s important to get help.