The startup is behind a mobile alternative reality game called Shadow Cities, which is a pretty fascinating location-based MMORPG that essentially turns the place you live into a full-fledged game scene.

Shadow Cities was initially launched exclusively in the startup’s home country, Finland, in Autumn 2010. Leveraging the iPhone’s locating abilities, the game turns real city streets into a virtual battle zone for players. The goal is to become a local mage and take over streets and neighborhoods by casting spells and undertaking various missions.

And not get hit by a bus while you’re playing, I guess, but let’s not digress.

The game is free to play with additional in-app purchasing possibilities. Here’s the trailer:

The company plans to open an office in the United States soon, and also promises to releases a new, updated version of Shadow Cities in the near future.

I asked co-founder and CEO Ville Vesterinen, also co-founder and editor of the ‘Scandinavian TechCrunch’ ArcticStartup, which countries Grey Area plans to launch in next.

Currently available in Finland only, he says he hopes to make Shadow Cities available in the U.S. in the next couple of months as it would be a good test for the game to run at scale, before debuting in the rest of the world.

We’ll be sure to keep you updated when it formally launches stateside. 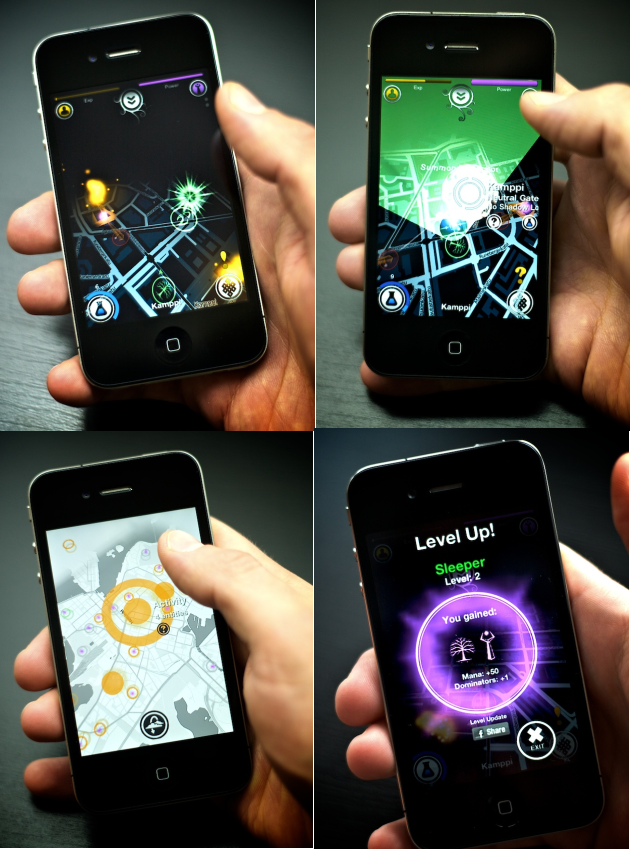