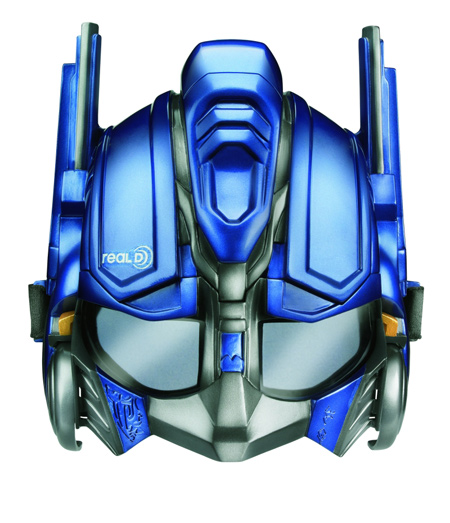 The next, and supposedly final, Transformers movie is due for release on July 1, but how can you have a popcorn movie without the popcorn? In this case “the popcorn” is Transformers themed 3D glasses. Hmm.

Hasbro partnered with Real-D to produce the glasses, which will retail for $9.99 when they’re released in May. Hasbro refers to them as “role-playing” masks, which is probably code for “cosplay.”

They’re plain ol’ Real-D glasses, meaning you should be able to wear them at any other 3D movie, though you’d probably look out of place attending an Avatar screening dressed as Optimus Prime.

Two masks are currently scheduled for release: the aforementioned Optimus Prime as well as Bumble Bee. Apparently Starscream, who’s clearly the star of the Transformers universe, didn’t make the cut.