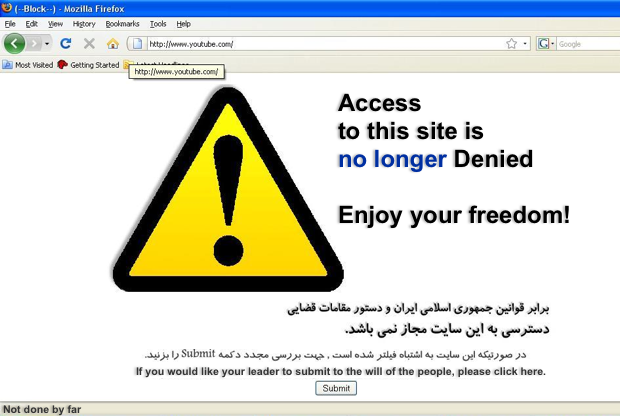 The early successes of revolutionaries in Egypt seems to be touching off a number of other movements in the area, from Libya to Bahrain, and will likely spread further, as the fervor seems not to be damped by establishment brutality. With luck and perseverance by the people on the ground, serious change may be effected and the “iron veil” with which mideast leadership has sealed off their people will be, if not rent, at least hemmed a bit.

That will have its repercussions in every industry, and the worlds of tech and the web are no exception. Not only will a market on the order of a hundred million people be opened up, but a generation of minds panting for expression will hit the rest of the world like a freight train. Whether looking for people to work with, ideas to invest in, or news to cover, we’d all do well to cast our eyes towards Mecca.

The younger generation’s employment (and deployment) of social networking tactics has been remarked — perhaps too much so, as I argued last week, but that doesn’t diminish the implications. However much social networks are to be commended for their role in the movements, they point towards something simpler and more important: this is a generation ready to embrace the new order, including the internet and all it brings — a very different outlook from that of the hereditary and military leaders being toppled, whose only concerns were increasing their wealth and maintaining the status quo.

And while the process of post-revolutionary cooldown will take years as new constitutions, regulations, and coalitions are created, the populace will also be busy exercising their new freedoms. What will be the first fruits of this rich new soil?

I think that at first, there will have to be baby steps. The next Google isn’t going to come from the Mideast — at least, not yet. The first wave will be services and tools aimed at making the Mideast/Arab populations accessible, and this will have the air of deliberate separation, even isolationism. The truth is that there is going to be some of that. It’s difficult to overstate the cultural differences between the Western world and the Arab one, many of which will remain for decades after this revolutionary period, if indeed they are ever reconciled.

To descend to particulars would be tedious and presumptuous on my part, being an ignorant Westerner myself. But suffice it to say that there will be disagreements. We shouldn’t let this get in the way of the rest of the online world’s assimilating, and being assimilated by, the new modern middle east. 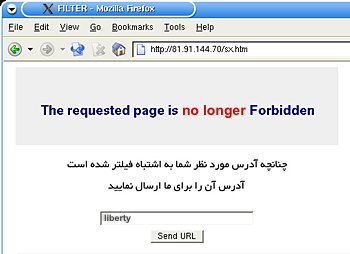 One thing I do feel confident in predicting is a new Arab-oriented social network. It sounds dubious at first — why not use Facebook, as many obviously are already? Don’t forget that the post-revolution period will comprise a major expansion of internet availability, and the numbers of online people in the region will swell. Most of these new users will be a totally different demographic from the Blackberry-toting, Twitter-using youth who, while influential, are less than perfectly representative of the rest of their country. The older and less savvy will welcome openness but continue to embrace their traditions and religion. Islam and Arab culture will inform the new network’s philosophy, look, and rules.

Patents may be an issue. I don’t expect the Mideast to become a haven for duplication and copyright issues like China; on the contrary, I suspect that original IP in these new areas will be at risk of being cloned elsewhere. As the US is the primary (though by no means only) competitor for web-based properties, young Arab companies will likely be in need of American coadjutors to preempt patent trolls and idea bandits. Money and clout, on the other hand, will need to be managed locally, and new power brokers will emerge, hoping to get a hand on the reins.

It should be acknowledged that the Middle East is not quite so desolate of minds and ideas as I seem to make it out. But the fact is that there are many cultural differences that amount to a suppression of intellectual liberty, and the modern institutes of learning there, like KAUST, are more finishing schools for intellectual nobility than places designed to improve the academic fundamentals of learning of a needy populace. With luck, the new powers will call for better, more modern, and more equal education.

The motive for revolution was, and is, a lack of civil liberties and domestic rights. But the result will be, hopefully, much more than that, as those who have held despotic sway for decades are suffered to disperse. With the lessening of basic cares comes a desire for greater freedoms and learning, both of which are likely to be found with an open web at their disposal. Welcoming hundreds of millions to the online world is a joyous occasion, and an historic opportunity, but also means years of confusion and hard work. Nobody said it was going to be easy.