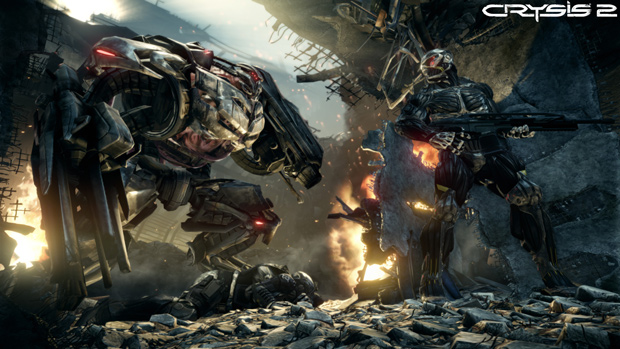 More fallout from the Crysis 2 leak. The Guardian has started a new series of gaming interviews, and EA was the most recent guest. And guess what was discussed at length? You betcha: the leak, how it affected morale, and where Crytek goes from here.

Keeping in mind that Cevat Yerli had already told the community that Crytek deeply appreciated the general response to the leak, noting that everyone there was “completely overwhelmed by the support” the community has shown it, Nathan Camarillo, also of Crytek, got into further detail:

Oh god, that was terrible. We went through all the phases of loss in the office. Afterwards it was denial. “No, this isn’t happening. No, this isn’t true. Oh, this can’t be happening.” The whole denial phase of it. Then angry. “WHO DID THIS? How did this happen?” People saying like, “He’d better not come to the office.” It wasn’t an employee but you know, whoever did this, whoever was Patient Zero. If I ever find this guy…

That’s a tremendously interesting development right there, that it wasn’t a Crytek employee who leaked the game. Who then? The build was from mid-January: who has access to a game two months before its release? Are we looking at a Half-Life 2-style break in here?

Camarillo also said that the leak, even though it was a build from mid-January, was “really ugly,” (there was no DX11 support) noting that when you have a team as large as Crytek’s “thousands of bugs get fixed in a heartbeat.”

One month and counting.