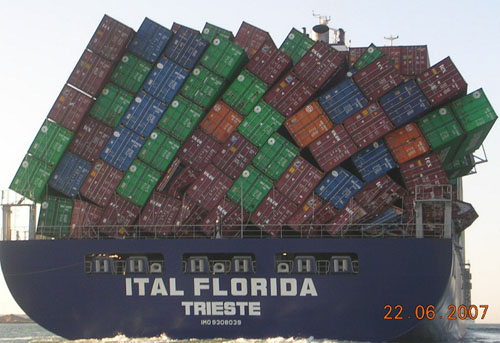 CE manufacturers are scared. They’re scared of competition, they’re scared of unique designs, and they’re scared, most of all, to ship. Take the RIM Playbook, for example. As Jim Dalrymple points out, RIM first announced the Playbook in September 2010. Then it announced a 4G version in January and then 4G LTE, HSPA+ and Mobile WiMAX models this month. RIM, in short, released three products that don’t exist. Jim calls the Playbook vaporware but, given what we’ve seen, it’s a real product that just hasn’t rolled through RIMs front doors yet.

So it’s been six months since RIM announced their device and two months since Motorola announced the Xoom. HP still hasn’t shipped the TouchPad, either. Every tablet you saw at MWC this year is shipping “later this year” and the only sure thing is probably the iPad 2 and that doesn’t even exist yet.

There are a few reasons while CE manufacturers are so cautious. First, Apple has the tablet component market sewn up. An entrepreneur I talked to in China described the difficulty he still has buying touchscreens that are worth a darn. The real reason most of the current tablets are 7 inches? Because Apple bought up all of the 10-inch capacitive touchscreen stock and if they didn’t then they drove the price too high for smaller orders. There is no way to dabble in the market without paying a premium.

Then, even when they do ship, there is no guarantee of user acceptance. Look at the horrible reviews the Dell Streak 7 received (although I thought it was an acceptable device.) Why? Because it was designed and built to beat the current iPad, not future devices, and it was built without Honeycomb in mind. Google clearly runs at its own pace as well and if there’s one thing CE manufacturers aren’t good at it’s predicting the future. Therefore they release product that was finished eight months before launch and not signed off on until the CEO gets up in front of the press and announces the actual launch. And those products took a full year to design in the first place. So you have a device that’s already a year and a half old before it’s even announced. Add a few months of run up time to that and you’re basically buying a two year old device.

How about shipping, guys? People clearly are interested in these things and the sooner they hit the shelves the better, even if it allows you to move on from a dud and on to another device. Some devices should never ship in the first place. But we’re getting to the point where gear folks like Samsung, HTC, RIM, and HP are pretending to offer isn’t worth waiting for and consumers will figure that out sooner or later. Without product on the streets, Dalrymple is correct: it’s all vaporware.