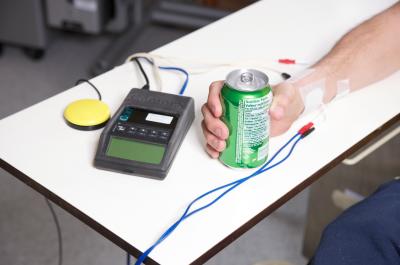 It appears that folks with catastrophic spinal cord injuries might be able to move their limbs again thanks to a new system that “trains” the nerves to move using a “pocket-sized electric stimulator.”

The stimulator is connected to the affected limbs and fired in order to jolt the muscles into action. After eight weeks, patients given the stimulation tended to have more motor control and a significantly reduced disability over those getting physical therapy alone.

“This study proves that by stimulating peripheral nerves and muscles, you can actually ‘retrain’ the brain,” says the study’s lead author, Dr. Milos R. Popovic, a Senior Scientist at Toronto Rehab and head of the hospital’s Neural Engineering and Therapeutics Team. “A few years ago, we did not believe this was possible.”

Six months later, a number of the respondents still had improved motor control after the stimulation therapy.