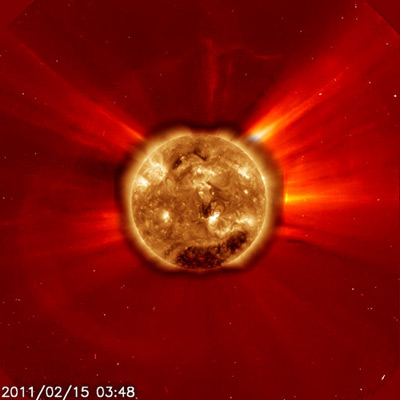 A recent solar flare, the strongest in four years, is apparently giving China a bit of a headache. Astronomers there have reported a disruption in radio communications in the country’s southern regions. The Sun giveth, and the Sun taketh away.

Nasa says the flare was of the X-class, which is the most powerful class of flare. The sudden jet of solar… stuff flew off the star at a cool 560 miles per second. Per second! The airplane you use to visit Mom & Dad for the holidays has a max speed of 560 miles per hour.

If the flare were to travel around the circumference of the earth it would do so in about 44 seconds. My PC takes longer than that to cold boot.