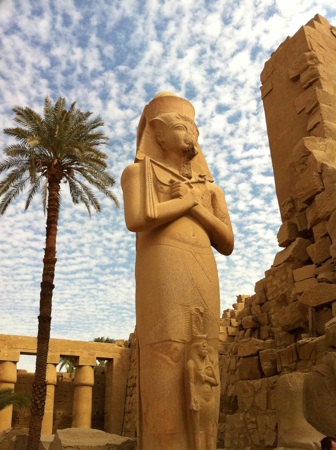 We were in Cairo the week before Tunisia fell, meeting with dozens of Egyptian technology start-ups on behalf of the US State Dept’s Global Entrepreneurship Program. The quality of their ideas thrilled us, as did their skill sets, vision and quiet resolve.  It did not surprise us to hear that many of those we met shut their laptops in recent weeks to march through the streets throughout Egypt. Through email, cell, texts and social networks, we have remained close with them throughout this remarkable upheaval.

Even before Tahrir Square became forever etched in the global consciousness, a new generation of entrepreneurs had been emerging as a third voice in Arab politics and society.  Rather than just engaging in political debates or religious interpretations, they have had their heads down focused on building new products, and by extension new industries.  While their frames of reference include successes from Silicon Valley to India, they are a movement distinctively and culturally attuned to their country and region. These young men and women are the progenitors of what we are calling Egypt 2.0.

Who are these pioneering innovators?  Most are college educated, some with advanced technology degrees even from the States.  Many are working on Arab-versions of proven US businesses models: social networks, mobile apps, dating sites, travel engines and alike.  However, many others are inventing entirely new models.   Would you be surprised that the largest selling iPad weather app, a breakthrough chip that improves server processing,  and even a direct assault on Google are all started by entrepreneurs in Egypt?   As one founder who wished to remain anonymous told us, “A start up is great even if it’s a copy of something that exists, but it’s even greater to think about a start up as a platform for innovation because it will inspire more people.”

The events of recent weeks have hardened their commitment. Nader Iskander, CEO of mobile brokerage startup EME told us, “This week has lifted our hopes like never before.  We have witnessed a “new Egypt” being formed through incredible boldness, courage, persistence, hope and sacrifice of millions of our people.”  We have heard many versions of what Amr Ramadan, CEO of the iPad app company Vimov shared with us:  “I don’t think anyone, including me, knew what patriotism and love for country really means till the last week.  People felt the country wasn’t theirs.  Now they do.”  With this sense of ownership has come a greater sense of empowerment.  As he continued, “Finally, the government is afraid of its people, not the other way around.  The cutting off of communications confirmed this.  It was the government saying, “I’m trembling,” and this was what gave people the feeling of an upper hand.”

While many Egyptian entrepreneurs remain (with good reason) skeptical of US foreign policy, they are nevertheless hungry for our involvement as experienced investors and entrepreneurs.  Ameer Sherif, CTO of online job board BasharSoft implored, “We need mentorship, and help in transferring the entrepreneurial experience in Silicon Valley to the Nile Valley.”  Ramadan dreams of “a bridge to Silicon Valley, a bridge that could potentially speed up and foster innovation in Egypt, and create new jobs, both in Egypt and the US.”

In our conversations with Egyptian startup founders these past weeks, three themes have emerged as ways in which we can provide immediate help:

Despite our optimism, we still do not know how the political situation in Egypt or elsewhere in the region will resolve.   No doubt there will be more cycles of hope and despair but these cycles have already been internalized through the startup journeys of the entrepreneurs we met.  This attitude is perfectly summarized by one entrepreneur who smiled and told us, “Look, this is happening anyhow and most people have nothing to lose!  The last week made them also have nothing to fear!  So to them, how bad can it be in the next couple of years?   All that the people of Egypt really want is to live a fair life and to be judged for who they are and what they do.” Isn’t that what everybody wants no matter where they are from?