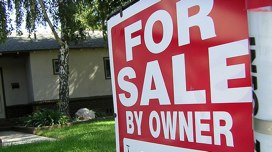 The Wall Street Journal recently reported that Twitter is in low-level acquisition talks with Facebook and Google for a deal that would put the network at a $8 to $10 billion valuation. Stone tells Fresh Air’s Terry Gross, “We’re not valued at $10 billion dollars. That’s just what people are writing in the newspapers, which unfortunately has the negative impact of my friends thinking I must have $10 billion dollars.”

Of course, the $8 billion to $10 billion are just numbers being thrown out there (perhaps by overeager bankers?). Twitter’s valuation wouldn’t change until a deal is actually done. Just last December, the company was reportedly valued at $3.7 billion during its most recent funding round.

But when Gross asked him about the acquisition rumors he responded “Twitter is not for sale. We don’t have a shingle out on our front that says ‘Twitter. For Sale.’ We’re not for sale and we haven’t been. We’re very, very interested in building an independent company. ”