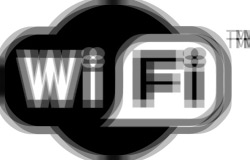 A recent breakthrough means we could be looking at double-quick Wi-Fi in the coming years. How? Scientists at Stanford University have discovered a way to simultaneously transmit and receive data over the same radio frequency. Very exciting.

Stanford scientists likened the ability of Wi-Fi networks to both send and receive data to the way people are able to parse different voices in a loaned conversation. Who’s talking here? Oh, I am. And another thing!

The double Wi-Fi would be implemented by putting two transmitters at each of the Wi-Fi network.