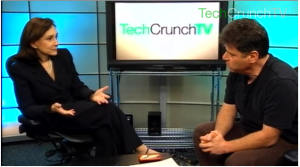 While yesterday’s interview with MIT’s Sherry Turkle focused on the arrival of the Robotic Moment, today’s is about Turkle’s pessimistic view of social media. In today’s age of the social, we are all becoming adolescents, she told me when she came into our San Francisco studio earlier this month. “Just because we grew up with the Internet doesn’t mean the Internet is grown-up,” the MIT Professor of the Social Studies of Science and Technology darkly warned.

“In intimacies, new solitudes,” Turkle argues in her new book, Alone Together. In the social age of Facebook ubiquity, she explained to me, we have to fight Mark Zuckerberg’s incessant promotion of transparency and reclaim privacy. The alternative, she warns, is perpetual adolescence and superficiality – a condition that will have a tragically destructive impact on both our intimate relationships and upon our democracy.

Saying no to Zuckerberg