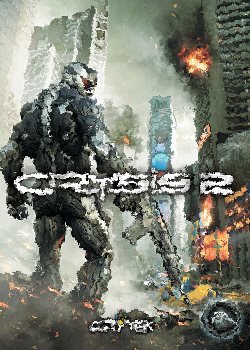 It’s not the first time this has happened, and it most certainly won’t be the last time. A reasonably complete build of Crysis 2 (reports suggest people have already beaten the game) leaked at the weekend, prompting Crytek, the game’s developers, to release a statement saying that it, along with EA, the game’s publisher, was “deeply disappointed by the news,” and that it “encourage[s] fans to support the game and the development team by waiting and purchasing the final, polished game on 22nd March.” The download clocks in a just less than 10GB.

It’s also emerged that a build of Killzone 3 leaked at the weekend, but it’s a monster of a download at 41GB. Surely the size alone will serve as a deterrent, no?

Marvel vs. Capcom 3, due for release tomorrow, has been floating around online for about a week now.

It’s the sad reality that “big” games leak all the time, oftentimes weeks ahead of their official release date. Crysis 2, and Killzone 3, and Marvel vs. Capcom 3, are merely the latest examples of a sorry trend in the exciting world of video games.

Probably the most [in]famous example of a big game leak is Half-Life 2 in 2003; calling that a “leak” is even a bit of a misnomer given the way in which the game got out there. That it wasn’t all that playable is another caveat.

Remember Doom 3? An alpha build of the game leaked nearly two years before the game’s release in 2004.

Consoles aren’t exempt from big leaks, either. Halo 2 leaked nearly a month before its official release date back in 2004. Granted, it was a French-language version, but that didn’t stop people from downloading, did it?

(If there’s a silver lining here, it’s that all of these games went onto great commercial success despite their having leaked so far in advance.)

More pertinent to the Crysis 2 leak will be the investigation into how it got out there. Given that developmental tools are included in the leak it’s probably safe to say the leak wasn’t merely a review copy given to a magazine or Web site.

My greatest fear here is that Crytek and EA will use this as an excuse to move away from PC development altogether. A sort of, “This is why you can’t have nice things.” It can’t be too uplifting for the folks at Crytek to see thousands upon thousands of people seeding and leeching the game. It’s like, come on, guys, the fact that we even bothered with a PC version at all says we care about the platform, and this is what you do? Thanks.