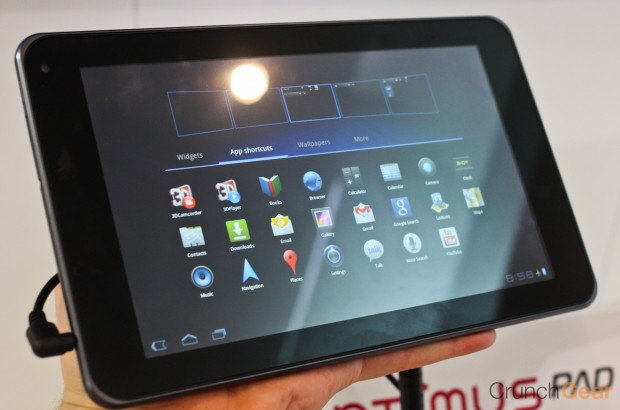 In case you were wondering, yes, they’re the same thing. Originally revealed as the T-Mobile G-Slate, it was soon made clear that it was an LG-made tablet, and that they would be putting out their own self-branded version. They’re pretty much identical, with the G-Slate having some unannounced partnerships for mobile media and such. I got a quick hands-on at the LG booth, and we’ll have video a little later.

The stereo camera took functional 3D, as you can see — or rather, as you can’t see, and the device is quite thin and light. Of course, it’s also substantially smaller than an iPad, as that picture shows. I get the feeling this little guy might have bit off more than it can chew with the 3D thing, but we’ll get a better feel for performance when we do the video.